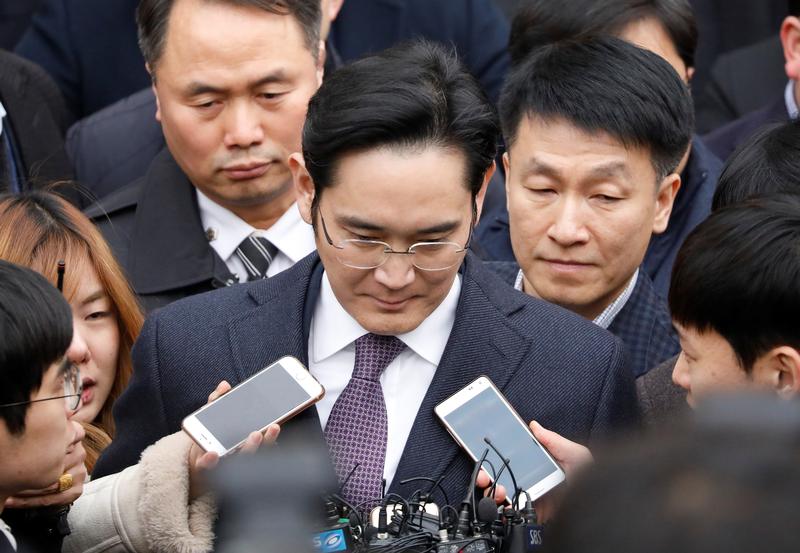 A graft scandal and ongoing probe of heir Jay Y. Lee cast uncertainty over the U.S. fund’s second big showdown in South Korea. Elliott wants to restructure Samsung Electronics, where it has a $1.2 bln stake. But the activist may now have limited power to influence the outcome.

A South Korean court dismissed a warrant to arrest Jay Y. Lee, head of the Samsung Group, on Jan. 19. "After reviewing the contents and the process of the investigation so far ... it is difficult to acknowledge the necessity and substantiality of an arrest at the current stage," the judge said in a statement.

The special prosecutor's office responded by saying that it "deeply regrets" the decision, and that it will continue its investigation.

Samsung said in an emailed statement to Reuters that it appreciated "the fact that the merits of this case can now be determined without the need for detention".

Some of the alleged payments went to secure the 2015 merger of two Samsung Group companies that helped to tighten Lee's control of the family business. Lee is also accused of embezzlement and perjury.

Lee became the de facto head of the Samsung Group after his father, Lee Kun-hee, suffered a heart attack in 2014.

In October, affiliates of U.S. hedge fund Elliott Management sent a letter to Samsung Electronics encouraging the company to restructure and return cash to shareholders. At the time, the activist investor disclosed that it held a 0.6 percent stake of Samsung Electronics.