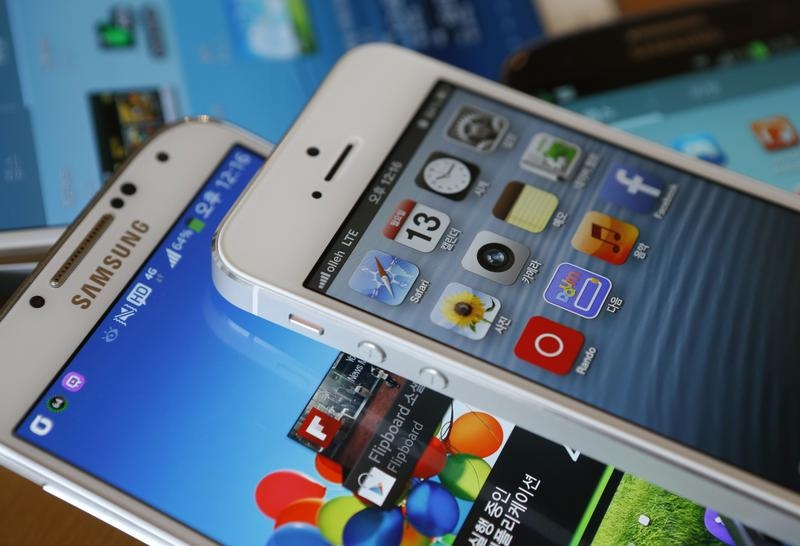 Samsung Electronics is making a small but encouraging effort to repair relations with shareholders. The South Korean group plans to buy back 11.3 trillion won ($9.9 billion) worth of stock and pay out up to half of its free cash flow in dividends. That will shrink its cash pile and may help the ruling Lee family reorganise their empire.

The long-awaited share buyback will be the largest to date for the $190 billion smartphones-to-chips maker. Notably, Samsung will cancel the shares it purchases – equivalent to 5 percent of its total market value based on the closing price on Oct. 28. The company has kept previous buybacks as treasury shares, which it can reissue in the future.

Handing back almost a fifth of its 56.8 trillion won cash pile over the next year will appease investors who have long accused the company of hoarding excessive reserves. That should help boost Samsung’s shares, which trade at 9.5 times forecast earnings for next year, a discount of almost 30 percent to peers such as LG, Lenovo, Apple and ZTE, according to Eikon.

The promise to pay out 30 to 50 percent of its free cash flow for the next three years is also a big improvement. As Samsung scales back hefty capital expenditure in its semiconductor division next year, analysts at BNP Paribas forecast free cash flow will reach 24 trillion won. Assume the company pays out 40 percent of that amount in the form of dividends and its payout will be more than three times what shareholders received in 2014. The dividend yield on Samsung’s shares would rise to almost 5 percent, from the current 1.5 percent.

This show of generosity comes at a time of slowing growth. Freeing up some of its cash pile helps cushion the blow of disappointing sales of its Galaxy smartphones. Buying back stock should also help the ruling Lee family’s campaign to strengthen its grip on the jewel in the Samsung empire. Earlier this year, the clan narrowly escaped an embarrassing defeat led by activist fund Elliot when pushing through the merger of two other group companies. The latest payout suggests that Samsung’s reorganisation need not come at shareholders’ expense.

The company also said it plans to distribute 30 to 50 percent of its free cash flow to shareholders over the next three years, primarily through dividends.

Apple's iPhone 5 (top) and Samsung Electronics' Galaxy S4 are seen in this picture illustration taken in Seoul May 13, 2013.

The company also said it plans to distribute 30 to 50 percent of its free cash flow to shareholders over the next three years, primarily through dividends.