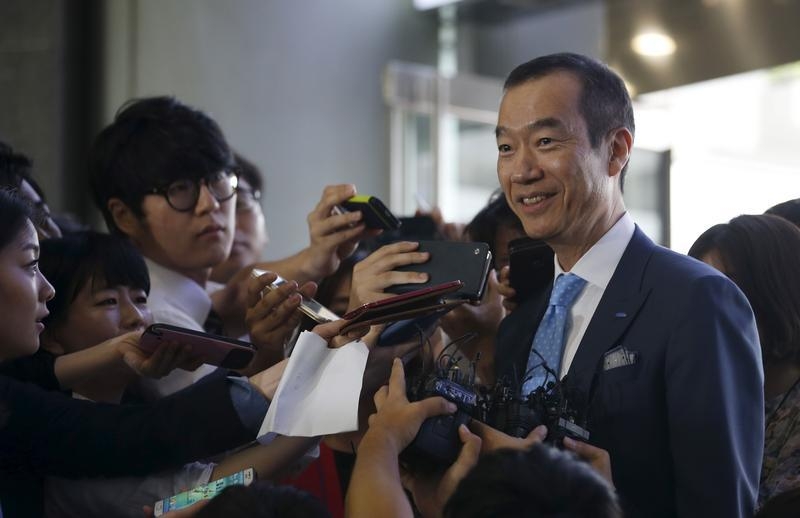 The Lee family behind Samsung will be breathing a heavy sigh of relief. A $9 billion intergroup merger has been narrowly passed by shareholders, despite opposition led by Elliott, the hedge fund manager. That helps the family, whose patriarch is seriously ill, in its succession planning. But the U.S. activist is likely to fight on. And the challenge shows South Korea’s largest conglomerate is vulnerable to restive investors as it continues to restructure.

Samsung went to extraordinary lengths, handing out watermelons to shareholders and publishing pleading newspaper adverts. The target company, C&T, even sold 6 percent of itself to friends in order to rally support for the takeover by Cheil Industries, the family’s key control vehicle. Even so, only 69.5 percent of shareholders who voted said yes – just 3 percent more than the minimum required.

So the victory is bittersweet, because it shows that serious opposition is finally emerging against the chaebols, or powerful family-run conglomerates, who have dominated the South Korean economy for decades.

The Lees will now get control of around 30 percent of the enlarged entity, which is widely expected to eventually sit atop the Samsung empire made up of 70-odd companies. Critically, it also gives them a tighter grip on Samsung Electronics, the $184 billion smartphone maker, which is roughly 4 percent owned by C&T.

In time the Lees need to consolidate their control while limiting any inheritance tax bill. This could involve creating a structure which eliminates circular shareholdings and divides assets into financial and industrial arms. Splitting Samsung Electronics into operating and holding companies would help to create the latter, Credit Suisse analysts reckon.

But Elliott may not be finished. For a start, it can probably pursue further legal challenges. The fund could also use its 7 percent stake in C&T, plus holdings in other Samsung companies, to call for management changes or press for higher payout ratios. Initiatives like this typically require the approval of only 50 percent of shareholders. At Samsung Electronics, which has far more foreign shareholders than C&T, the Lees may find it even harder to get their way.

Choi Chi-hun (R), President and CEO at Samsung C&T Corporation, is surrounded by media upon his arrival at a general meeting of stockholders in Seoul, South Korea, July 17, 2015.

Turnout at the shareholder meeting was high, at more than 84 percent. Two third of all votes cast were needed to approve the deal. Of the votes cast, 69.53 percent of C&T shareholders voted in favour. Shareholders of Cheil Industries approved the merger at a separate meeting on the same day.

Elliott, the U.S. hedge fund manager, owns 7.12 percent of C&T and had launched an aggressive campaign calling on shareholders to reject the deal on its current terms. South Korea’s National Pension Service is the biggest investor in C&T with an 11.2 percent stake. It was not immediately clear whether the fund supported the merger.

C&T’s chief executive Choi Chi-Hun had previously said that “there is no plan B” if the merger did not go through.