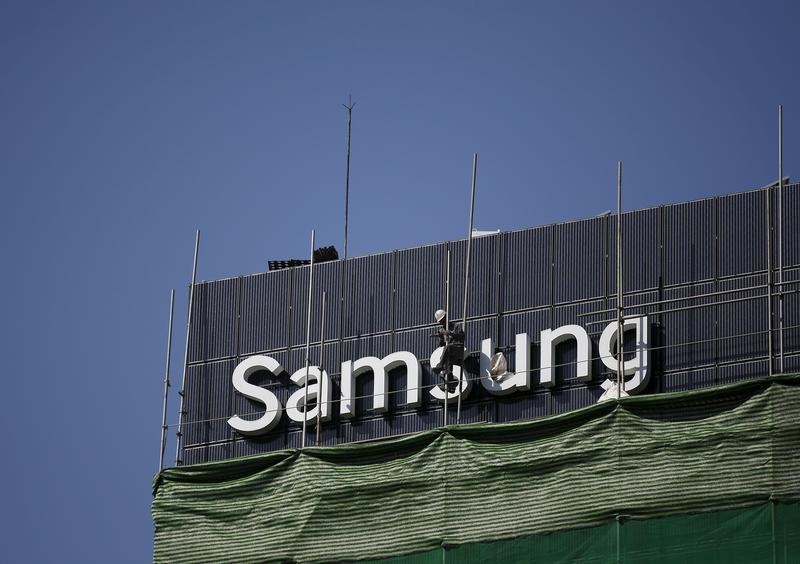 Samsung Electronics may be Apple’s archrival, but the South Korean giant is looking more and more like chipmaker Intel. While smartphone sales are sliding, Samsung’s chip business is powering its bottom line. Future growth may depend more on components than on competing with the iPhone.

Though the $154 billion tech conglomerate is still the world’s largest handset maker, it is struggling for growth. Samsung is expected to sell just 75 million units of its flagship Galaxy model this year, down from 107 million two years ago, estimates BNP Paribas. Margins have also taken a hit: operating profit for handsets and tablets in the second quarter of this year was less than half the figure for the same period of 2013.

Yet the high-margin semiconductor business is more than making up for the shortfall. Selling memory chips to rivals – including Apple – is likely to boost operating profit at the semiconductor division to 13.6 trillion won ($11.7 billion) this year, more than half the company’s total, estimate analysts at Maybank Kim Eng.

Growing demand for chips and thin-film displays is probably the main reason that Samsung now expects operating profit to have reached 7.3 trillion won ($6.3 billion) in the third quarter – the first quarterly year-on-year increase since 2013.

To get a sense of scale, compare Samsung’s semiconductor operations with Intel. The U.S. chipmaker is forecast to earn $10.5 billion in this year. After applying Samsung’s 16 percent corporate tax rate, its chip division is likely to bring in net income of slightly less than $10 billion.

On the same forward earnings multiple as Intel, the semiconductor business alone would be worth about $139 billion. That’s more value than investors currently attach to the whole group, after deducting its $48 billion net cash pile. In this analysis, Samsung’s handset and consumer electronics business are thrown in for free.

The South Korean group’s sheer size relative to its home stock market means it has long suffered a discount. Comparing different chipmakers can be tricky. And semiconductors remain a highly cyclical business. But when it comes to judging Samsung’s future performance, Intel may be better benchmark than Apple.

A worker works on a Samsung outdoor advertisement installed atop an office building in central Seoul March 23, 2015. Tech giant Samsung Electronics Co Ltd likely saw January-March earnings slip for the sixth straight quarter, but investors are betting on a rebound this year on healthy chip sales and high hopes for its new flagship smartphones. Picture taken on March 23. REUTERS/Kim Hong-Ji

Samsung Electronics on Oct. 7 said its estimated revenue for the quarter ending September was 51 trillion won ($43.9 billion), a 7.5 percent increase on the same period of the previous year.

The group’s operating profit is expected to increase 79.8 percent from the same quarter last year to 7.3 trillion won. This will be the first quarterly profit gain in two years.

Samsung did not give further details about its business units, which range from smartphones to semiconductors to display panels, and will disclose full results in late October.