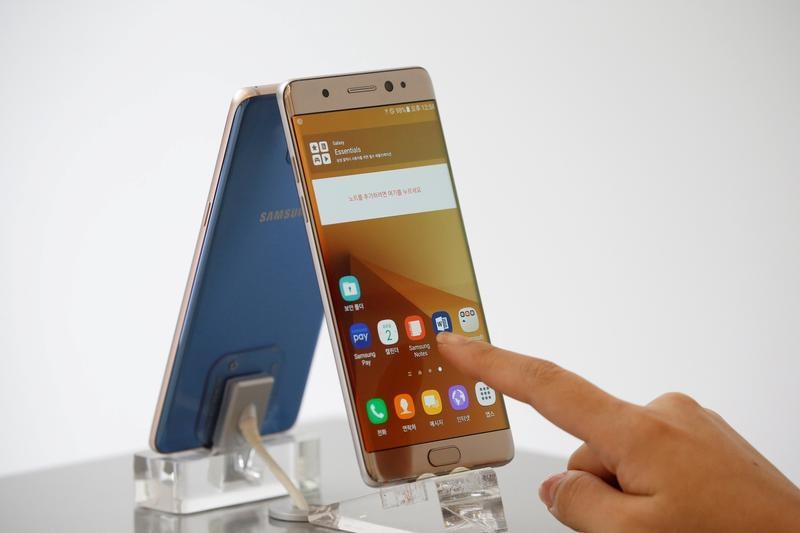 Samsung’s exploding smartphones are singeing its brand. The tech giant is speeding up a massive recall of the Galaxy Note 7, after reports of fires, while major airlines have banned in-air use. Samsung’s shares are down sharply. The immediate financial hit looks manageable, but the reputational damage could be worse.

Ten days ago, the chips-to-smartphone maker said it would stop sales of the phones in 10 markets and replace existing handsets, due to faulty batteries. Samsung will take back 2.5 million devices from customers and retailers, in its largest-ever recall. But investors were initially sanguine: Samsung looked to be moving fast enough to contain the damage. The larger-screen Note series is also far less popular than the flagship Galaxy S.

Now there is trouble up in the air. U.S. aviation authorities have advised people not to use or charge Notes on board, or stow them in checked luggage. And airlines are banning passengers from turning on devices in-flight. Samsung may have fanned the flames by telling customers to turn off and hand back phones “as soon as possible”.

By mid day in Seoul on Sept. 12, investors knocked some 7 percent off shares of Samsung Electronics. Since the start of the fiasco, Samsung has lost nearly $20 billion in market value. That looks like an over-reaction, at least based on the direct costs. Bernstein analysts reckon lost Note 7 sales and recall expenses will knock just 4 percent off Samsung’s 2016 operating profit.

So investors must be bracing for serious spillover into sales of Samsung’s other devices, and perhaps other trouble, like lawsuits. Credit Suisse analysts estimate lifetime sales of the Note 7 could total nearly 19 million units. In contrast, analysts expect Samsung will ship about 310 to 320 million smartphones this year. Last year, mobile generated more than 10 trillion won ($9 billion) in operating profit, or 38 percent of the company’s total.

There may not be a big windfall for arch-rival Apple; lost sales may instead go to other Android smartphone makers, like Huawei. But this is embarrassing for Samsung, coming hot on the heels of an acclaimed turnaround in mobile. It needs to put this fire out as soon as possible.

The company on Sept. 10 urged all customers who have bought the Galaxy Note 7 phones to switch off their handsets and turn them in as soon as possible as part of a global recall announced on Sept. 2. The recall was triggered by reports of the phone catching fire. Samsung describes the problem as a "battery cell issue".

The U.S. Consumer Product Safety Commission warned consumers on Sept. 9 to stop using the phone in response to reports its batteries combusted while charging or in normal use. Aviation authorities and airlines around the world have also banned or issued warnings against using or charging the phone in planes or storing them in cargo.

Samsung has said it had sold 2.5 million Galaxy Note 7s worldwide that need to be replaced.