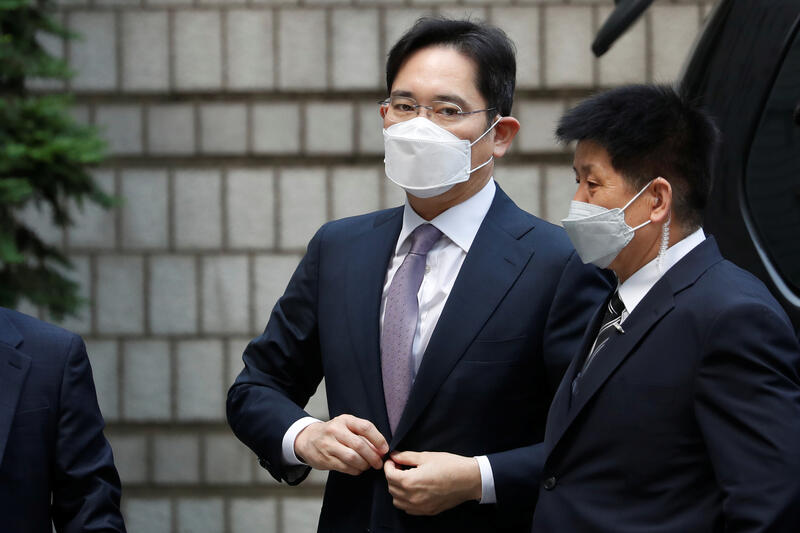 Seoul is stepping up a probe into a 2015 group merger led by scion Jay Y. Lee. That might help U.S. fund Elliott which opposed the $8 bln deal and wants payback. Samsung went to great lengths to only narrowly win the first time around. Pressure on the conglomerate is building.

Samsung Group heir Jay Y. Lee arrives for a court hearing to review a detention warrant request against him at the Seoul Central District Court in Seoul, South Korea, June 8, 2020.

A South Korean court on June 9 denied an arrest warrant request for Samsung Group de facto leader Jay Y. Lee after prosecutors accused him of accounting fraud and stock manipulation in relation to a Samsung drugs affiliate and a 2015 merger of two other units.

"It appears that prosecutors have secured considerable amount of evidence through their investigation, but they fell short of explaining the validity to detain Lee," the Seoul Central District Court said in a statement.

South Korean prosecutors on June 4 asked the court to issue an arrest warrant for the 51-year-old Lee. They said the fraudulent accounting, and alleged stock manipulation, helped facilitate Lee's plan to assume greater control of the group. Samsung has denied the allegations.

Separately, an affiliate of Elliott Management, the U.S. hedge fund manager, is seeking $718 million in claims from South Korea's government over losses from the 2015 merger of Cheil Industries and Samsung C&T, according to public records filed with the Permanent Court of Arbitration. The case is pending.