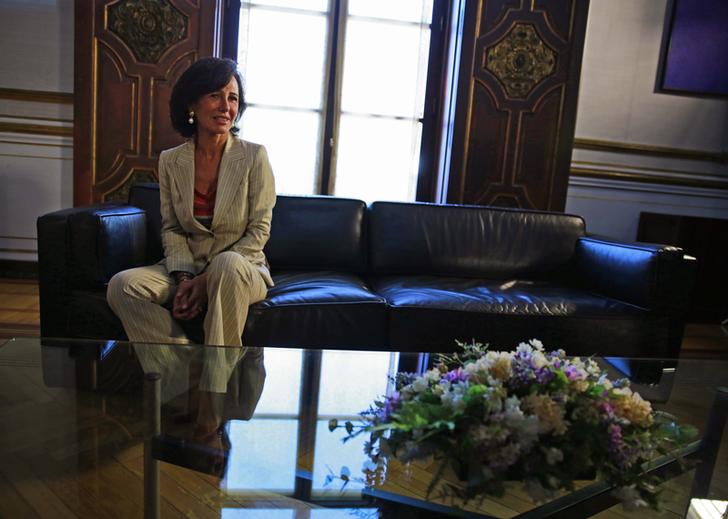 Ana Botin is grabbing the bull by the horns. The new chair of Santander is seeking 7.5 billion euros of fresh equity in a speedy share sale and slashing the dividend. The Spanish bank has long resisted raising capital or touching its outsized payout. The moves may be overdue and including pre-emption rights would have been fairer on shareholders. But Santander is getting capital now without the challenge of a drawn-out rights issue during a critical Greek election.

It is barely four months since Botin took the job following the death of her father. Jose Antonio Alvarez has also just started as chief executive. Yet Santander was clearly light on capital compared to rivals. The 7.5 billion euros of cash will boost the “fully loaded” Basel III core capital ratio to around 10 percent, in line with peers like BBVA. That gives Santander room to expand again in mature markets like the United Kingdom or Spain, where it is already seeing lending growth.

But even if the move is sensible, the method is unorthodox – especially as Santander is raising nearly 10 percent of its market capitalisation. A rights issue would have been democratic, by giving existing shareholders – including many a legion of investors – priority participation. After all, that’s how Santander did its last jumbo capital increase in 2008.

The snag is that this would subject the bank to several weeks of potentially volatile markets. Santander’s relative strength means it can get away with a quick share sale, even if it might have to give a 6 percent to 8 percent discount on the offer to get it away. With the stock trading at around 1.5 times estimated 2015 tangible equity, this is not too painful.

Cutting the dividend but restoring it to mostly cash is also welcome. The current payout of more than 100 percent of available profit was clearly unsustainable, even if investors were mostly opting to get paid in shares. Santander is slashing the dividend from 60 cents to 20 cents and aims to pay out 30 percent to 40 percent of recurring profit in cash.

Shareholders might have been better off if Santander had bolstered capital earlier. It hasn’t taken Botin long to show that she can decisively break with her father’s legacy.

Santander said it would boost its capital with a 7.5 billion euros share sale to be conducted through an accelerated book-build. The Spanish bank is also cutting its dividend to 20 cents a share in 2015, down from 60 cents last year, and will pay three out of four installments in cash.

Santander said it would boost its capital with a 7.5 billion euros share sale to be conducted through an accelerated book-build. The Spanish bank is also cutting its dividend to 20 cents a share in 2015, down from 60 cents last year, and will pay three out of four installments in cash.