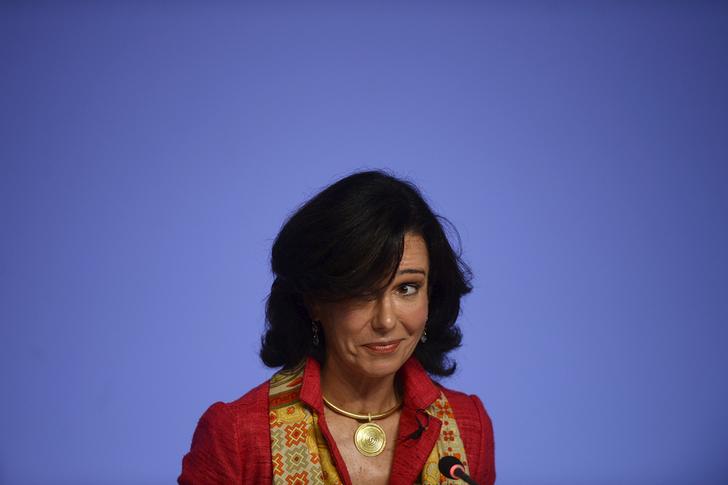 The Spanish bank is aiming at a core Tier 1 capital ratio above 11 pct by 2018. Boss Ana Botin has already raised capital this year, and can make a case for a gradual buildup of solvency levels. But many of Santander’s rivals are already where it wants to be right now.

Santander outlined a three-year strategic plan on Sept. 23. The Spanish bank aims to increase earnings per share, reaching double-digit growth by 2018. It said it would reach a fully loaded core Tier 1 capital ratio of above 11 percent by 2018, up from 9.83 percent at the end of June.

The bank said it was looking to reach a return on tangible equity (ROTE), a measure of profitability, of around 13 percent by 2018. It had previously aimed for ROTE by 2017 of between 12 percent and 14 percent.