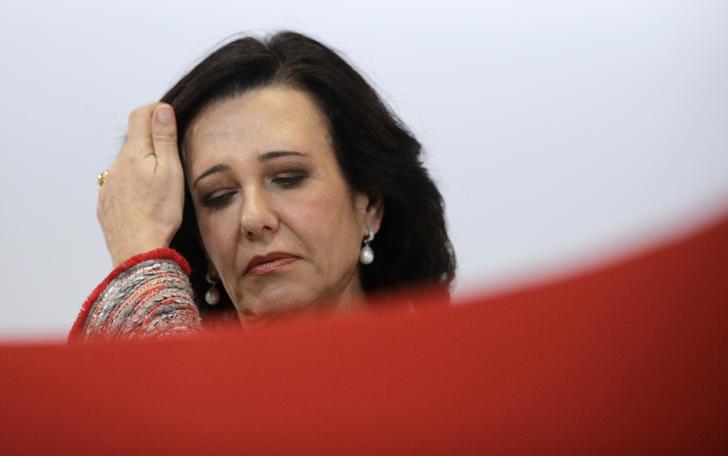 The Spanish bank is mulling a bid for RBS bank branches in the UK. The deal makes sense, but funding it may be tricky. Boss Ana Botin walked away from the deal in 2012 and her bank is tight on capital. A rights issue could do it, but Botin needs to get the share price up first.

Ana Botin, Chairman of Banco Santander, gestures during the bank's 2014 results presentation at the company headquarters in Boadilla del Monte, outside Madrid February 3, 2015.

Santander, the Spanish bank, is mulling a bid for the UK’s Williams & Glyn, a lender owned by Royal Bank of Scotland, according to Reuters.

The Edinburgh-based bank must divest Williams & Glyn, which has about 300 branches in the UK, by the end of 2017 to meet European Union state-aid rules. RBS has launched a trade sale process in parallel with preparations for an initial public offering.

Santander walked away from the deal in 2012 because of delays to completion. The sale was first agreed in 2010.