A tale of two banks 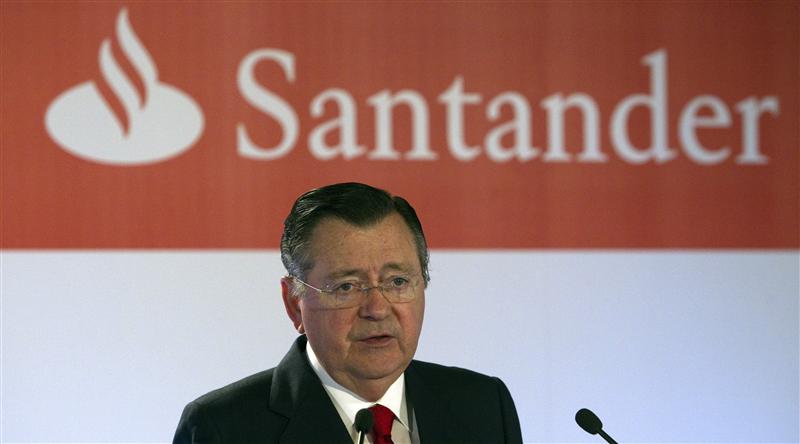 The Spanish lender has met EU demands for a 15 bln euro capital boost six months early. Bigger bad loan provisions and extra buffers for systemic banks mean it is not yet in the clear. But with rival UniCredit’s rights issue under pressure, avoiding a big cash call is a distinct advantage.

A pedestrian walks past a branch of a Santander bank in London. Last week, Santander UK issued its fourth RMBS deal of the year, illustrating the sector’s ability to provide significant funding capacity.

Santander, the Spanish bank, said on Jan. 9 that it had reached the 9 percent core capital target demanded by the European Banking Authority six months ahead of schedule.
The lender, which had to raise 15.3 billion euros by June, raised the funds through a combination of measures, including counting 6.8 billion euros in mandatory convertible bonds as capital. Santander reiterated its goal of reaching a 10 percent core capital ratio by the June 2012 deadline.
Meanwhile, shares in UniCredit fell again as investors worried about the bank’s 7.5 billion rights issue. By 1430 GMT on Jan. 9, the shares were down 12 percent at 2.30 euros. Underwriters to the issue have agreed to buy any new shares that investors do not want at a price of 1.94 euros.
The rights to buy new UniCredit shares, which started trading on Jan. 9, had fallen by 55 percent to 0.61 euros by 1430 GMT. The rights allow investors to buy two new shares for every existing UniCredit share they own. The offer ends on Jan. 27.
At 1430 GMT, Santander shares were up 1.8 percent at 5.55 euros.