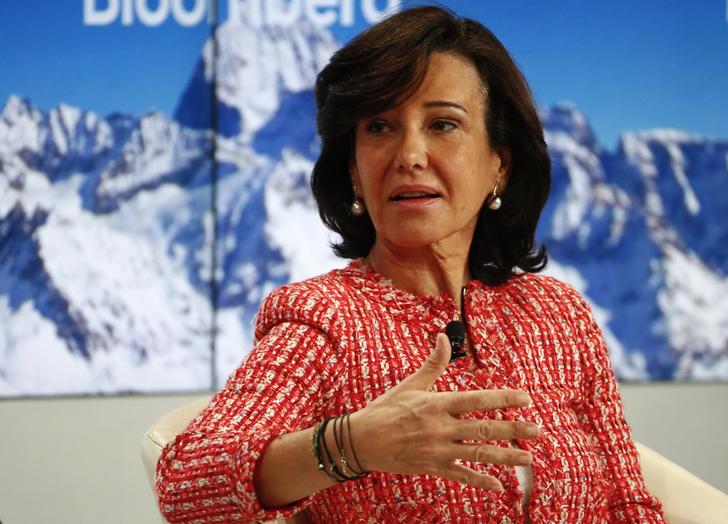 Ana Botin has made a good start at Santander. In her first five months running the bank her late father Emilio built, she has taken a markedly different strategy: raising capital, cutting an over-generous dividend, and shaking up the board. Her own legacy will hinge on whether a focus on organic growth, again a departure from her father’s high-octane dealmaking, can deliver.

Full-year results on Feb. 3 were encouraging. The three key operational measures all went the right way, with net profit rising, and costs and provisions falling. Costs are now an impressively slim 47 percent of top-line income and non-performing loans have fallen to barely 5 percent of the total. On these measures, plus capital and an 11 percent return on tangible equity, Santander is already close to achieving self-imposed targets for 2017.

That could suggest Botin’s goals lack ambition. But given Santander’s other objective – loan growth ahead of a 17-strong global peer group – the caution might be justified. A third of loans are in Brazil and Spain. The former will grow only 1 percent in 2015, the World Bank reckons. Spain’s 2 percent forecast growth could be pegged back if euro zone deflation discourages borrowing.

That’s why Botin is keen on the United States and the United Kingdom, whose economies should grow 3 percent this year. This is not without risks, though. Santander could start growing its loans faster than deposits, as it did in Britain in 2014, increasing its reliance on flightier wholesale funding. Or it could grow in areas that draw interest from increasingly aggressive U.S. bank regulators. Santander’s embrace of auto-loan securitisation has already earned it a subpoena from the U.S. Justice Department, it disclosed in August.

Thomson Reuters Eikon data shows Santander trades at just 0.9 times expected book value, despite its recently repaired capital position. Investors seem to doubt Botin can get much further without resorting to her father’s acquisitive ways. Given her record so far, and her willingness to embrace new technology, that looks unfair.

Ana Botin, Chairman of Banco Santander, gestures at the Ending the Experiment event in the Swiss mountain resort of Davos January 22, 2015.

Santander’s “fully loaded” Basel III ratio, taking into account a capital increase last month, is now 9.7 percent. Santander’s 2017 targets are for a return on tangible equity of 12 to 14 percent, a fully loaded core Tier 1 ratio of 10 to 11 percent, a non-performing loan ratio under 5 percent, and an efficiency ratio below 45 percent. In 2014, the respective figures were 11 percent, 9.7 percent, 5.19 percent and 47 percent.

On a conference call, Chair Ana Botin said the bank was not considering any acquisitions.