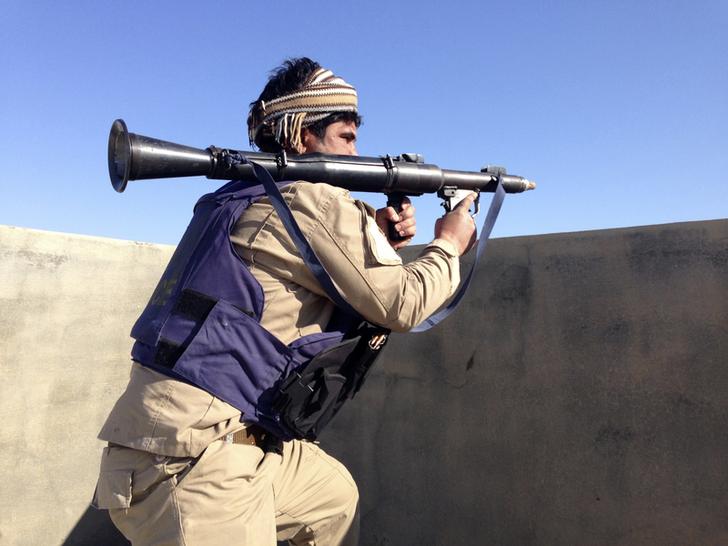 Political turbulence in the Middle East has helped keep crude prices unusually stable for the past three years. That irony couldn’t last forever, and the weakness of the Iraqi military might mark its end. But if Saudi Arabia and Iran can hold firm, everything else is secondary.

An Iraqi security forces member takes position with his weapon during clashes with al Qaeda-linked Islamic State in Iraq and the Levant (ISIL) in the city of Ramadi, 100 km (62 miles) west of Baghdad, February 12, 2014.

On June 12, Sunni militants of the Islamic State of Iraq and the Levant (ISIL) continued their march towards Baghdad, reaching towns an hour’s drive from the capital. Two days earlier the group, sometimes also known by the acronym ISIS, had overrun Mosul, Iraq’s second-biggest city.

Brent crude oil climbed towards $112 a barrel on worries that escalating violence in Iraq could disrupt oil supplies from the major OPEC exporter.