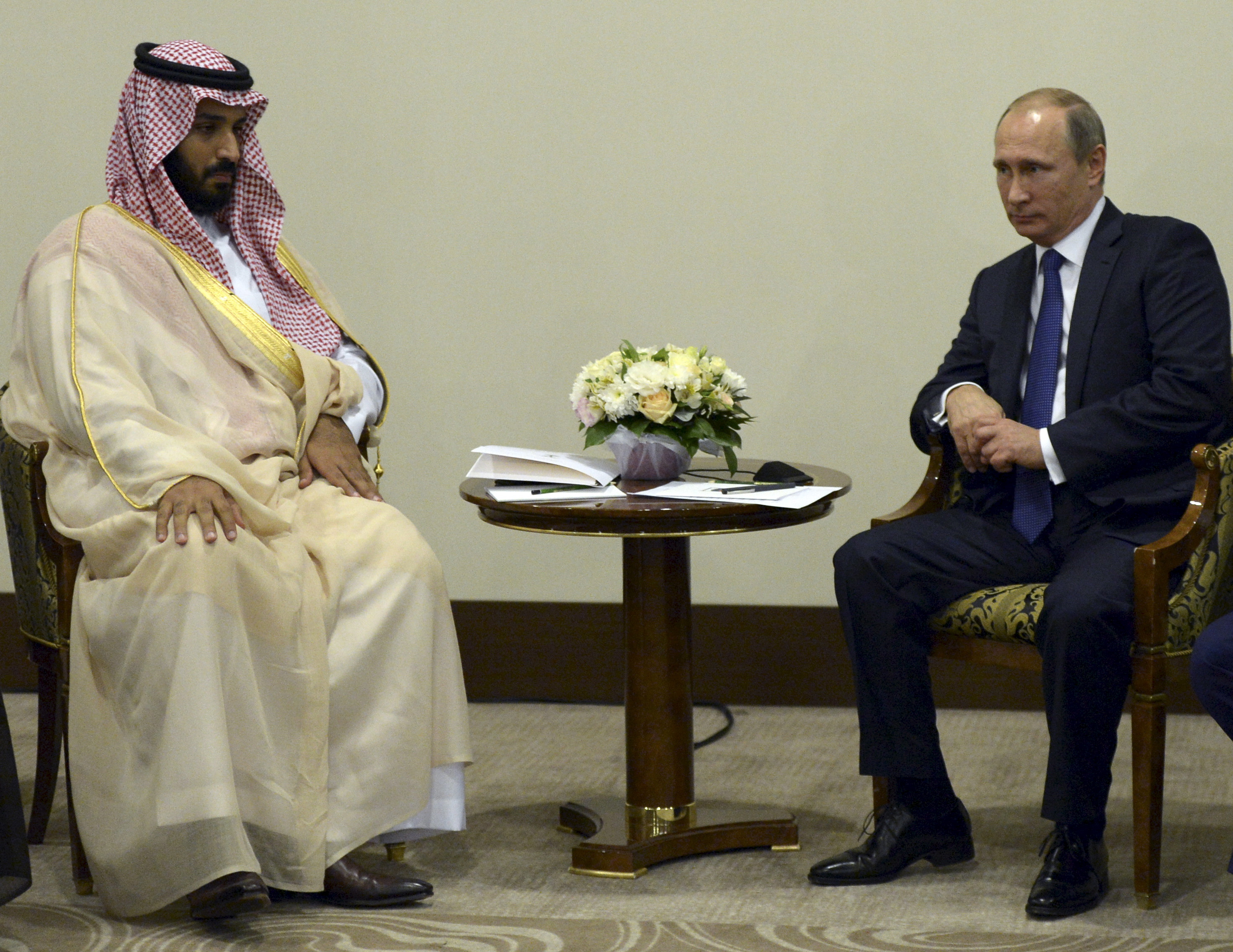 A pact between Saudi Arabia and Russia to boost oil prices is unlikely to last very long. Economic necessity requires that the world’s two largest producers set aside their differences and stop flooding a still heavily supplied market with more crude. But previous attempts at cooperation have failed and there is little to suggest that a new rapprochement between both sides, announced on Sept. 5 on the fringes of the G20 meetings, will be anything other than illusory.

Within hours the newfound understanding had already started to unravel. As Russia’s Energy Minister Alexander Novak said Moscow was talking of “joint actions aimed at stabilizing” the oil market, his counterpart from Saudi Arabia was sending out a contradictory message. Instead of signaling that a reduction in output was imminent, Khalid al-Falih told Al Arabiya TV that a freeze in production was unnecessary.

Such mixed signals won’t help volatile oil markets, or inspire confidence that either side will be good to its word if a firm deal on production freezing can eventually be achieved. Trust between Riyadh and Moscow is still in short supply despite over a year of shuttle diplomacy between both oil kingpins. The Saudis can’t forget the lessons of 2001, when Russia agreed to cooperate with the Organization of the Petroleum Exporting Countries (OPEC), only to go and raise exports. For their part, the Russians are concerned that quotas would stifle investment in their oil industry.

Despite the barriers to an agreement, both sides – which combined account for almost a quarter of world supply – are running out of time in economic terms. Saudi’s economy is hemorrhaging cash. The foreign reserves of the Saudi Arabian Monetary Agency fell by $53 billion in the first seven months of this year and are now at their lowest level since 2012. Russia is being forced to sell state assets, including a stake in oil producer Rosneft, to cover its losses given the 50 percent-plus fall in crude prices over the last two years. In other words, cooperation makes sense – just don’t count on it materialising.

Russian President Vladimir Putin (R) meets with Saudi Defence Minister Mohammed bin Salman in Sochi, Russia, October 11, 2015. Putin met Salman on the sidelines of the Russian Grand Prix in Sochi on Sunday, the Kremlin said. REUTERS/Alexei Nikolsky/RIA Novosti/Kremlin ATTENTION EDITORS - THIS IMAGE HAS BEEN SUPPLIED BY A THIRD PARTY. IT IS DISTRIBUTED, EXACTLY AS RECEIVED BY REUTERS, AS A SERVICE TO CLIENTS. - RTS3ZEQ

Saudi Arabia and Russia agreed on Sept. 5 to cooperate in oil markets.

The joint statement, made by the energy ministers of both countries, come ahead of informal talks among Organization of the Petroleum Exporting Countries (OPEC) officials due to be held in Algeria later this month.

Pressure is building within the cartel for a freeze to production that would also require the participation of Russia in order to work.

Oil prices soared almost 5 percent following the joint statement but were up just 0.83 percent to $47.22 per barrel at 1549 BST.

Prices have fallen just over 50 percent over the last two years, putting pressure on countries like Saudi Arabia and Russia, which depend on crude sales for export income.