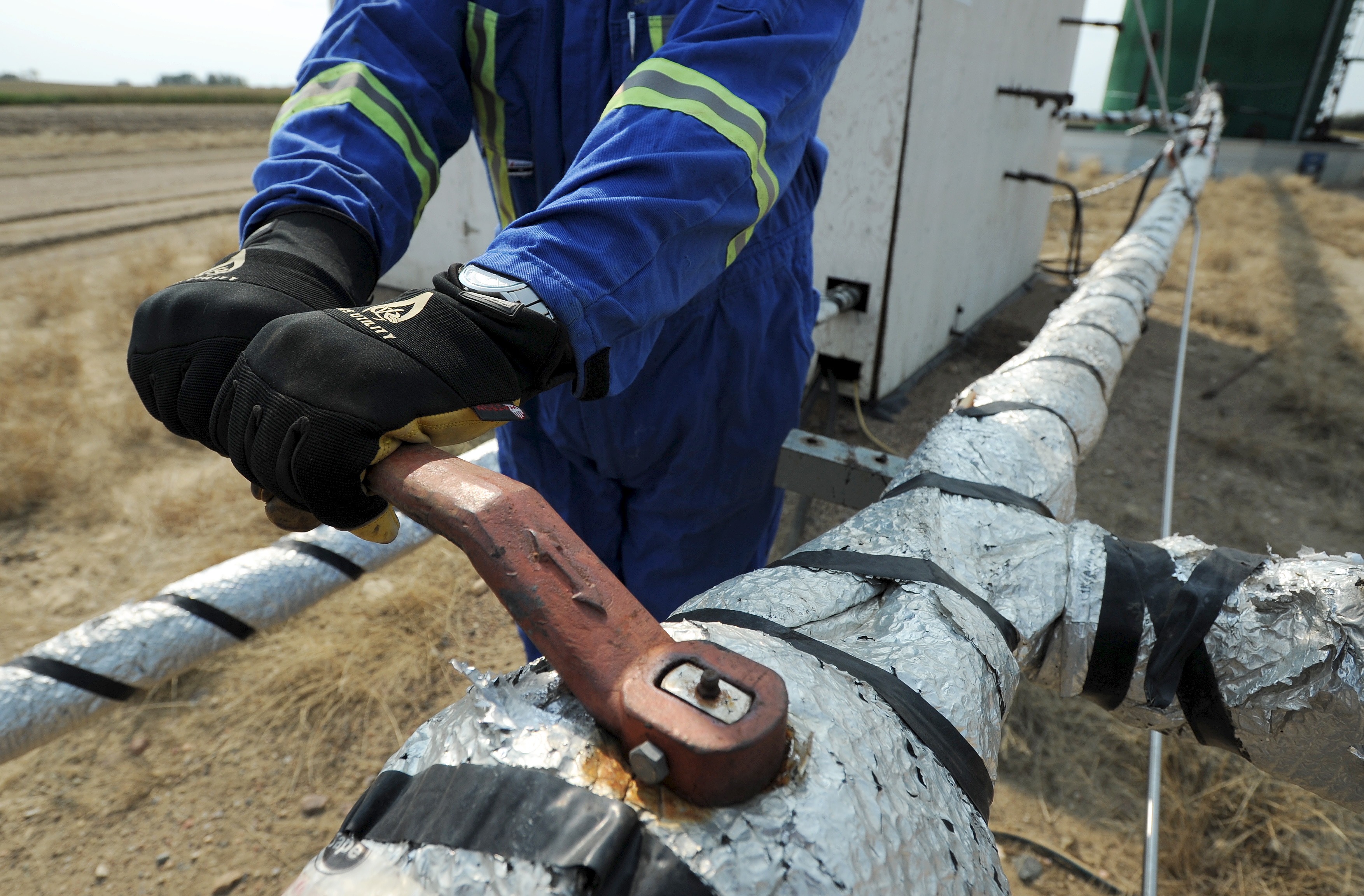 A $2 trillion flotation of oil producer Aramco, once planned for 2018, is likely to slip further down Riyadh’s agenda. Politics makes the IPO complicated, and recovering oil prices make it unnecessary. While Saudi’s bankers may wish it otherwise, postponing is the logical choice.

Pipeline valve between pump and storage tank is secured shut at shut-in well site about 60 kilometres east of field office during a tour of Gear Energy's well sites near Lloydminster, Saskatchewan August 27, 2015. Amid the corn and canola fields of eastern Saskatchewan, oil foreman Dwayne Roy is doing what Saudi Arabia and fellow OPEC producers are loath to do: shutting the taps on active wells. Inside a six-foot-square wooden shed that houses a basic hydraulic pump, the Gear Energy Ltd employee demonstrates how shutting down a conventional heavy oil well in this lesser-known Canadian oil patch is as simple as flipping a switch. His company has already done so hundreds of times this year, making the Lloydminster industry among the first in the world to yield in a global battle for oil market share that has sent crude prices tumbling to six-year lows. Picture taken August 27, 2015. REUTERS/Dan Riedlhuber - RTX1RKE7

Saudi Aramco plans to publish its first set of accounts next year ahead of an initial public offering which could take place in 2018.

The kingdom plans to sell up to a 5 percent stake in the state oil producer as part of a broad plan to reform the economy, Reuters reported on Oct. 11.

The government revealed on Dec. 22 a budget deficit of 297 billion riyals ($79 billion) for 2016,  29 billion riyals lower than its original forecast.

Saudi has been struggling to adjust to a prolonged period of lower oil prices. Brent crude has fallen about 25 percent over the last two years to trade at around $55 per barrel.