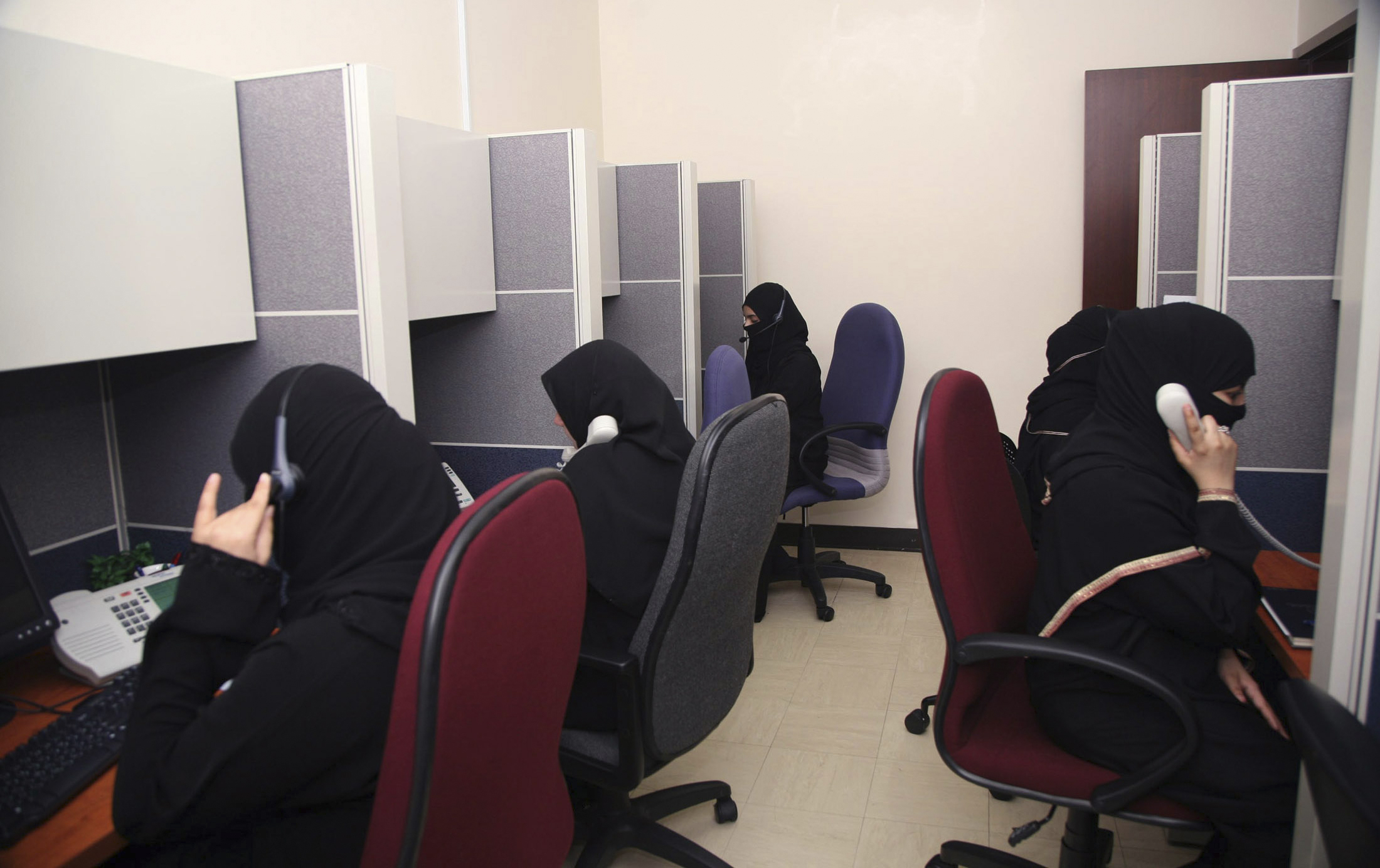 Saudi Arabia has untapped resources beyond oil. Its women are very slowly wresting freedoms in a society dominated by men, religion and petrol. The kingdom can do as much for its economy by helping more of them enter the workforce as it would if it were able to immediately and sustainably boost the price of a barrel of crude by a couple of dollars.

Out of 144 nations, only Iran, Yemen and Syria are below Saudi Arabia in the World Economic Forum’s gender equality ranking. Reformist Deputy Crown Prince Mohammed bin Salman wants to improve that situation and aims to increase women’s participation rate in the labour market by a quarter, to 30 percent. Even that will be a challenging task.

While half of all university graduates are female, their economic opportunities are limited by a myriad of legal barriers, including gender segregation and a ban on driving, which the country’s influential advisory council refuses to rescind. Social mores also play a role. Under Islamic law, Saudi men are permitted to take four wives if they can provide for their financial security, which means women do not necessarily have to work. Those that do are mainly employed in the public sector, with the private sector more apt to use imported labour to fill white-collar vacancies.

The economic benefits of closing the gender gap are stark. Saudi could boost its gross domestic product by at least $52 billion by 2025 if it achieved the same gender parity as its highest-ranked regional peer, according to a report by McKinsey Global Institute. This is equivalent to the revenue that would be generated over the same period if there were an immediate and sustained $2 increase in the price of a barrel of Brent crude from its current levels near $45, according to a Breakingviews calculation.

Huge social change is unlikely. But there are subtle signs that some restrictions overseen by the Mutawa religious police are either being eased or increasingly ignored. For example, more women are now defying the establishment by removing their hijab headscarves in public, a rare sight a decade ago. There’s always the risk of a backlash from religious conservatives. But giving its women more freedom may be a better way for Saudi to control its own economic destiny than trying to influence the price of oil.

Female Saudi telephone operators work at the International Medical Center in Jeddah June 4, 2007. More Saudi women are breaking with strict tradition and rigid religious rules to take their place in the workplace. The government is encouraging them as it hopes working women will stimulate economic growth. REUTERS/Susan Baaghil (SAUDI ARABIA) - RTR1QFT3

Saudi Arabia ranked 141 out of 144 nations in an index of gender equality published by the World Economic Forum on Oct. 25. Only Iran, Yemen and Syria produced lower overall scores in the measure by the non-profit organisation.

In terms of economic participation and opportunity for women the kingdom ranked 142 in the index.

Getting more women into work is part of Deputy Crown Prince Mohammed bin Salman's plan to diversify the economy away from dependence on oil.

Under his Vision 2030 reform program, the kingdom plans to increase women's participation in the economy to 30 percent from 22 percent.