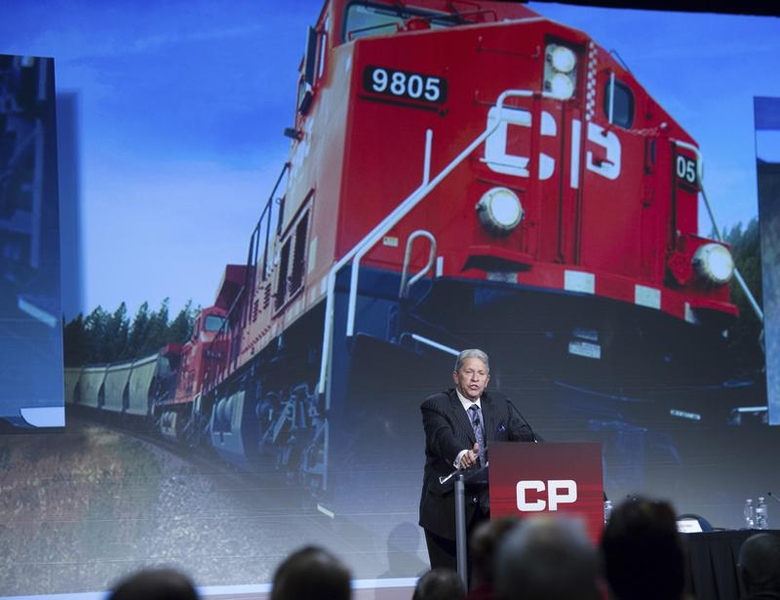 Canadian Pacific Railway may yet manage to cross the border. The $22 billion railroad company may try to buy slightly larger Norfolk Southern. If CP can boost its U.S. rival’s operating efficiency toward its own higher level, the result would be at least $7 billion worth of cost savings. That’s enough to cover a premium and compensate for the risk of an antitrust derailment.

CP’s efficiency ratio, or operating expenses as a percentage of revenue, has now been ground down to just below 60 percent. That’s impressively low compared to rivals, and it’s important because railroads are capital-intensive, and keeping operating costs down is critical. Norfolk Southern has been on an efficiency drive of its own, but its ratio is still about 9 percentage points higher than CP’s.

That’s without factoring in possible benefits from rationalizing the two operators’ networks in busy places, around Chicago for example. The potential could well be enough to convince investors of the financial merits of a combination, if the two companies’ boards can agree a deal. A 25 percent premium to Norfolk Southern’s undisturbed value would come to about $6 billion, leaving some value on the table for CP’s owners.

CP couldn’t get CSX, another U.S. railroad, on board with a deal last year, though. And regulators might worry about giving a big merger a green light in an already consolidated market. The U.S. Surface Transportation Board even vetoed a large cross-border deal about 15 years ago. Given the potential savings, however, Canadian Pacific may decide a deal is worth pursuing despite the risks.

Norfolk Southern currently has a market capitalization of $26 billion.

Norfolk Southern currently has a market capitalization of $26 billion.