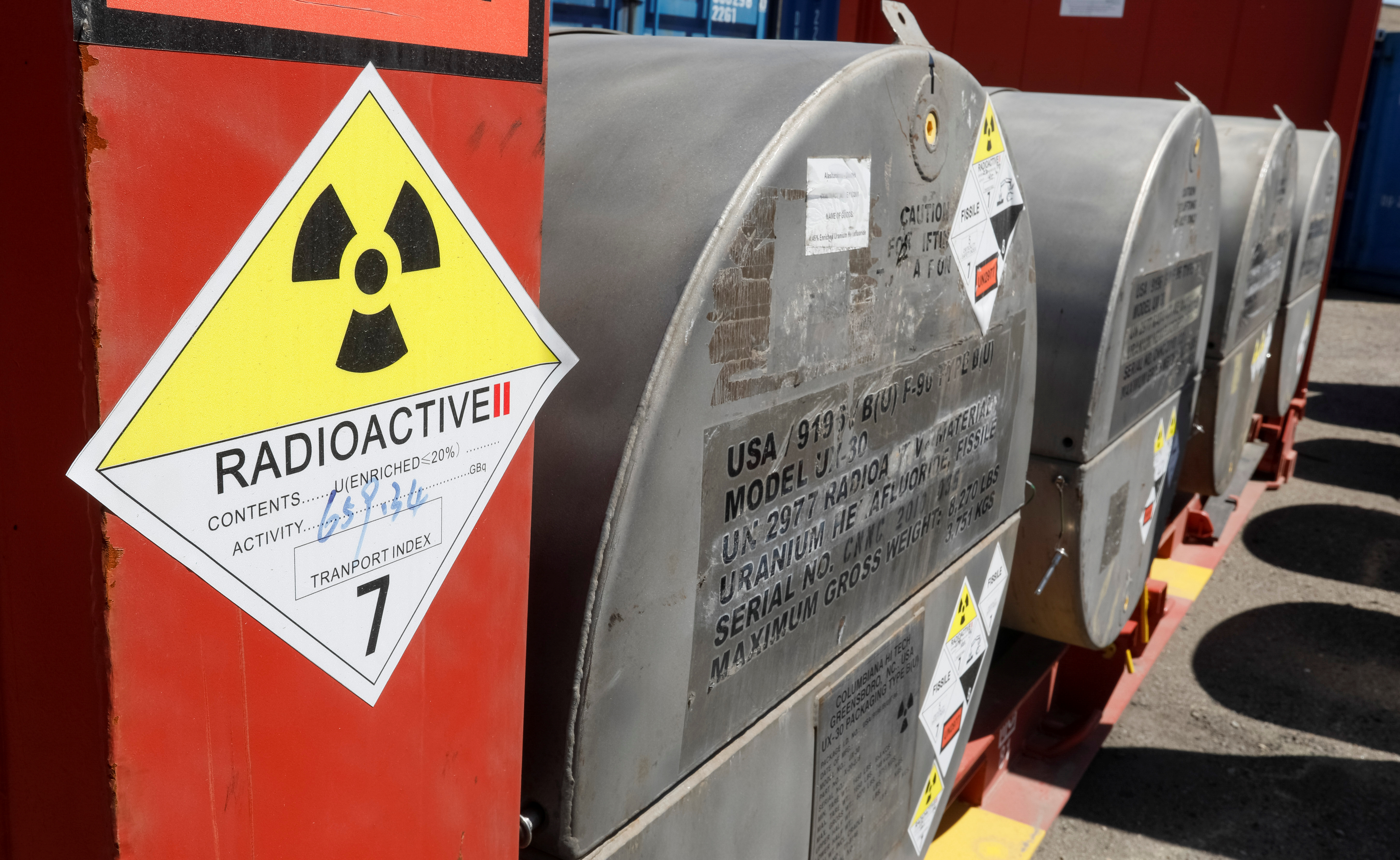 The South Carolina utility is pulling the plug on two unfinished reactors and banking guarantees from Toshiba. Southern has given a temporary reprieve to its plants but investors are betting it will follow Scana. The country that birthed nuclear power is sounding its death knell.

A view shows railway packages for containers with uranium hexafluoride salt, raw material for nuclear reactors, similar to the one to be used for the IAEA Low Enriched Uranium (LEU) Bank, at the Ulba Metallurgical Plant in the northeastern industrial city of Oskemen, Kazakhstan May 26, 2017. Picture taken May 26, 2017.

Scana announced on July 31 that its South Carolina Electric & Gas subsidiary will abandon construction of two nuclear power plants and take guaranty payments from Japan’s Toshiba. The future of the so-called Summer plants in Jenkinsville, South Carolina, have been in doubt since Westinghouse Electric, the Toshiba unit building them, filed for Chapter 11 bankruptcy protection in March.

Scana said it determined it would not be in the best interests of shareholders to proceed with the project because of uncertainty about the cost of completion and the availability of production tax credits, if it was finished.

South Carolina Electric & Gas, which has a 55 percent stake in the project, will receive $1.2 billion from Toshiba while Santee Cooper, a state-owned utility that holds the remaining 45 percent, will receive $976 million.

Southern announced on July 28 that its Georgia Power unit was assuming oversight of construction of the so-called Vogtle nuclear power plants from Westinghouse. The utility has yet to determine whether it makes sense to complete the project. Toshiba agreed in June to pay $3.7 billion in guarantees to continue building the plants.