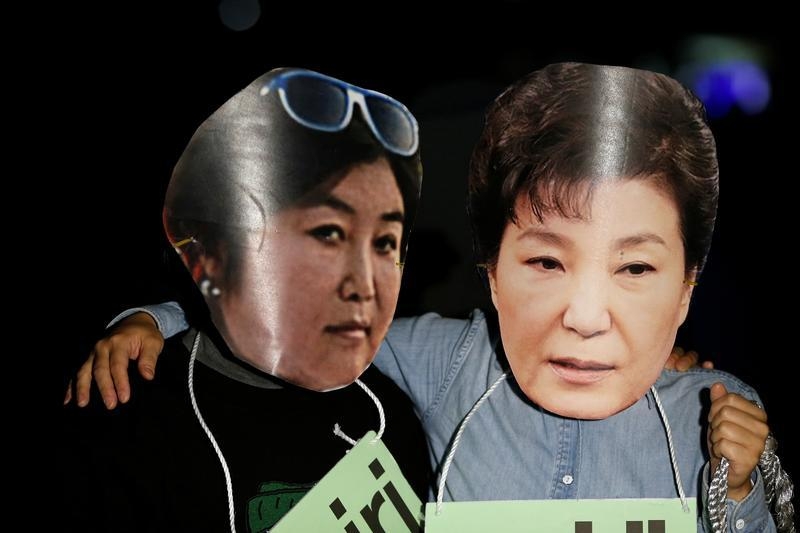 Seoul is in the grip of a “shamanistic” scandal. A row over a quirky confidante is buffeting President Park Geun-hye, prompting her on Nov. 2 to replace both her finance minister and prime minister. The depressing regularity with which such debacles rock South Korean business and politics highlights a problem with dodgy governance. But that is merely one aspect of a larger challenge: avoiding Japanese-style stagnation.

Even by Seoul standards, this has been an eventful few months, what with Samsung’s  exploding smartphones, a graft investigation at Lotte – another big conglomerate – and the collapse of container-shipping giant Hanjin Shipping. Now the focus is on Park’s ties with Choi Soon-sil. Choi’s father was influential earlier in Park’s life and was once described in U.S. cables as Korea’s Rasputin. “Shamanistic cult linked to president,” screamed one local headline.

At least investors are used to South Korean political blow-ups. Citigroup analysts note that leadership crises in the last 15 years or so have had a limited market impact. These episodes include relatives going to jail, a ferry catastrophe, and a presidential impeachment. And Park’s power was waning anyway. She lost control of parliament in April and had already started to look like a lame duck ahead of December 2017 elections.

But no-one should be too sanguine. As Gavekal economists argue, Korea looks awkwardly like Japan in the 1990s, with an ageing population, an overreliance on manufacturing, and rising financial leverage. Household debt totals 90 percent of GDP and public borrowings, considered broadly, another 75 percent, Gavekal says. Weak global trade and growth also hurt the country’s big exporters.

Tackling this head-on could require both government and central bank action. Morgan Stanley reckons the Bank of Korea could become the latest central bank to adopt so-called quantitative easing, a massive programme of government bond-buying, and may need to slash another 75 basis points from its policy interest rate – currently at 1.25 percent – by late 2017.

Shaking up Korea’s powerful conglomerates, or chaebol, would be an important plank of any structural overhaul of the economy. The silver lining to the latest bizarre scandal just might be that it moves public and political opinion towards deeper reform.

South Korean prosecutors detained a former presidential aide on Nov. 2, Yonhap News Agency reported, the second person to be held in an influence-peddling scandal. Prosecutors are investigating whether the adviser, Ahn Jong-beom, and Choi Soon-sil, a long-time friend of President Park Geun-hye, forced conglomerates to donate funds to non-profit foundations using their connections to the president.

Prosecutors on Nov. 2 asked a court for a warrant to arrest Choi, and are seeking to charge her with abuse of power and attempted fraud, court and prosecution officials said. Choi told South Korea's Segye Ilbo newspaper last week that she received drafts of Park's speeches after Park's election victory but denied she had access to other official material, influenced state affairs or benefited financially.