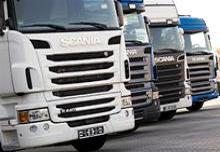 Some minority investors oppose Volkswagen’s $9 bln bid for the rest of the Swedish truckmaker. But saying “nej” is risky. VW has effectively tied its hands, making a sweetener unlikely. The premium is already generous. If the buyout fails, Scania’s shares could fall steeply.

Six institutional shareholders in Scania, who together own about 5 percent of the Swedish truckmaker, have publicly rejected Volkswagen’s takeover bid, according to public statements and news reports. Among them is Swedish pension firm Alecta, Scania’s biggest independent shareholder, which has a 2 percent stake. It said on April 23 it would not accept Volkswagen’s 200 crown per share offer, arguing this did not reflect Scania’s long-term value.

Scania’s second-largest outside shareholder, Swedish pension fund group Swedbank Robur, which owns 1.9 percent, said on April 24 it would accept the offer. That lifted Scania’s share price by more than 7 percent to 186.20 crowns in early trading.

The tender offer runs until 1500 GMT on April 25. If the acceptance threshold of 90 percent is missed, the offer can be extended until mid-May.