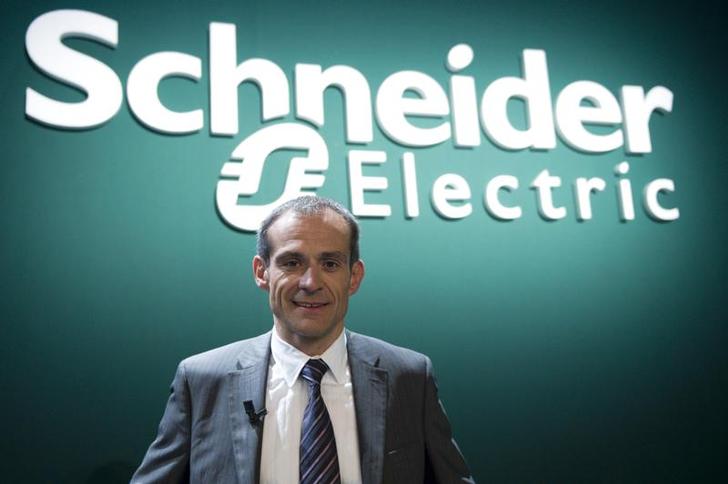 Schneider Electric has a powerful chance of snaring Invensys. The French group has tentatively offered 3.3 billion pounds for the British engineer. The pitch has sparked hopes of a bidding war and industrial giants such as ABB, Emerson and GE will surely look. But the “for sale” has hung over Invensys for months – and this is a pretty full price.

As soon as the ink was dry on that settlement, the group’s days of independence seemed numbered. Now Schneider has broken cover, with a 505 pence-per-share offer. That’s at a skinny 15 percent premium to the last closing share price.

Invensys shares promptly spiked on July 12 on hopes of a bidding war. Sector behemoth GE and U.S. peer Emerson, which held takeover talks with Invensys last year, may well be reviewing their options. So too ABB and Honeywell, which have more overlapping businesses than Schneider. Any of these rivals may gain advantage if they can extract greater synergies than Schneider or put more cash on the table. Schneider’s offer is 37 percent shares.

But this may be as good as it gets. Some potential suitors might pass for strategic reasons. ABB’s new boss is busy integrating his predecessor’s deals, for example. And the price could be off-putting. The apparent premium of 15 percent is of limited use. The stock has all but doubled in the last 12 months and must include some takeover speculation. In multiple terms, Citi says Schneider is offering 18 times forward EBITA – far above the 13 times average at which British engineers have changed hands over the last decade.

Tellingly, the Invensys board also says it intends to say “yes” to a firm offer at this price. Schneider is working to an Aug. 8 deadine. That of course does not preclude a better counter-bid. But Chairman Nigel Rudd, a veteran dealmaker who sold Alliance Boots and Pilkington, must know a good deal when he sees one.

Schneider Electric SA, the French electrical equipment company, has made a 3.3 billion pound ($5 billion) indicative takeover offer for British engineering group Invensys, the two companies said in statements late on July 11.
Invensys said the proposal was worth 505 pence a share, of which 319p would be in cash, with the remainder in new Schneider shares. The board of Invensys is “likely to recommend” a firm offer at this level, the company added.
By 0849 GMT, shares in Invensys rose 14.7 percent to 505p, in line with the offer price. They earlier traded as high as 513.5p. Schneider shares fell 3.75 percent to 55.89 euros a share.