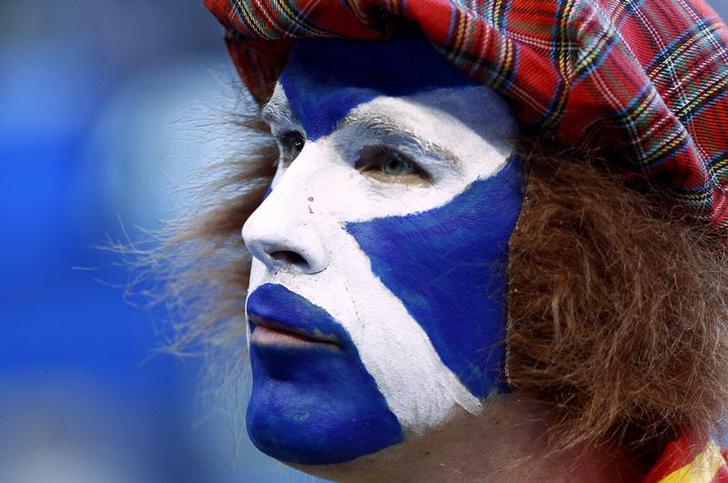 Scottish devolution makes more sense than secession. A newly-revealed 8.3 percent fiscal deficit for 2012/13 is a timely reminder of how ropey an independent Scotland’s finances would be. But there is a way for Scots to get some much-needed freedom from Westminster without betting the loch.

The deficit figures, contained in Government Expenditure and Revenue Scotland figures published on March 12, present a convincing argument for Scottish voters to reject full independence in September. Since 2008, volatile revenues from North Sea oil have made Scotland’s primary deficit oscillate from as low as 3 percent to as high as 11 percent (assuming oil revenues are split on a geographical basis). The 8.3 percent number for 2013 is a percentage point worse than for the UK as a whole.

This matters, as an independent Scotland would need a rock-solid budget to prevent its currency becoming the target of foreign exchange operators. Edinburgh would either need to cut spending, raise taxes, or pray that Westminster is only kidding when it says it won’t allow a currency union.

Yet a no vote wouldn’t be a great outcome for Scots, either. Although the Scottish executive makes decisions on two-thirds of Scottish spending, only 15 percent of taxes are set in Edinburgh – most of it courtesy of a block grant from Westminster. That perpetuates the Scots’ feeling that they live on handouts from London.

Lancing this boil via wholesale independence is overkill. A better approach was outlined by former UK Prime Minister Gordon Brown on March 10: a greater devolution of tax-raising powers to Edinburgh. Ming Campbell, the veteran liberal democrat MP, has fleshed this out by arguing that between 50 and 60 percent of Scottish taxes could be set in Scotland.

Ardent Scots nationalists would protest that devolution will mean more of the same. But an independent Scotland would find there is little freedom to enjoy when faced with the pressing need to trim public finances. The best way for Scots to have a better control of their destiny is to remain in the UK.

A spectator painted in the colours of the Scottish flag

Gordon Brown, the former UK prime minister, called on March 10 for further devolution instead of Scottish independence, including a guarantee of the permanence of the Scottish parliament, a a new division of powers, a new tax-sharing agreement, and more powers for local communities.