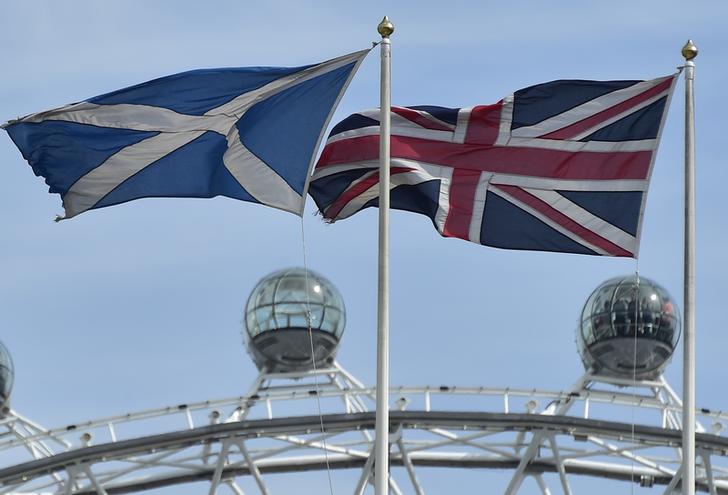 For a newly independent Scotland, the departure of Lloyds Banking Group and Royal Bank of Scotland could avoid one financial instability headache. But the exodus could cause another one that is just as bad.

RBS and Lloyds are too big for the country that would be created after a positive vote in the Sept. 18 referendum. Currently, Scottish-domiciled banking assets are 12 times the region’s GDP. If the two UK giants stayed put, investors and depositors would not believe that Edinburgh would be rich enough to bail them out, as the UK did in 2008. With headquarters in London, they would have access to the Bank of England’s extensive liquidity facilities and international credibility.

Unfortunately, that creates a new problem for Scotland, a knottier one than the blow to national pride from losing its once-mighty banks. Scotland’s financial ancillary firms and its asset management sector, which have 750 billion pounds of assets under management, might not want to be left with a border in between them and the majority of their customers. If they left too, a big export industry – financial services account for 8 percent of Scottish GDP – would be decimated.

For this to work, the monetary authority needs to have huge stocks of hard currency – Hong Kong, for example, holds reserves worth two times GDP. Scotland would lack both these and a current account surplus to build up a currency armoury: even including oil, it currently has a small current account deficit, according to Deutsche Bank estimates. To protect the peg, the new Scottish government would have to go for extreme fiscal prudence, probably including spending cuts or higher taxes. That sounds a pretty duff way to start life as an independent nation.

Lloyds Banking Group is considering having its registered office in London rather than Edinburgh should Scots vote for independence, Reuters reported exclusively on Sept. 2.

Lloyds Banking Group is considering having its registered office in London rather than Edinburgh should Scots vote for independence, Reuters reported exclusively on Sept. 2.