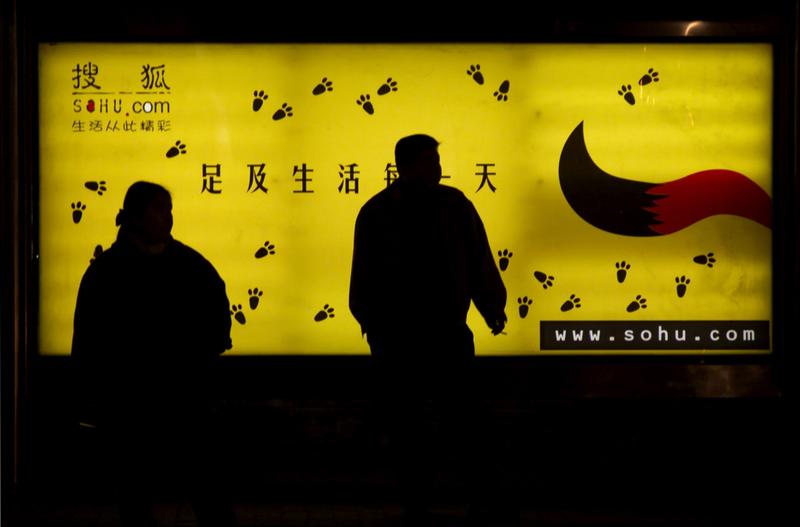 China’s Sogou is planning a U.S. listing valuing it at up to $5 bln. The firm is a distant second in mobile search behind Baidu. Sogou, or “search dog”, will have to work like one to convince investors its relationship with part-owner Tencent can justify that valuation.

Beijing commuters wait for buses in front of an adverstisement for one of the most popular Internet portals operating in China March 13. Sohu.com, which is registered in the United States, has filed for an $86 million initial public offering on Nasdaq, but Beijing has yet to clarify rules on foreign investment in the sector. China agreed to eventually open up the sector to limited foreign investment as a condition for its entry to the World Trade Organisation (WTO). ASW/TAN - RTR27LY

In a statement on July 31, Sohu.com, the Nasdaq-listed internet company that controls Sogou, said the unit plans to submit a confidential, draft registration statement for a possible IPO to the U.S. Securities and Exchange Commission.

In mobile, which accounts for the bulk of Sogou’s search business by revenue, it had a 7.9 percent market share in China in the first quarter, according to China Internet Watch. This ranks the company second after Baidu, with 78.2 percent.

As of Dec. 31, Sohu held roughly 36 percent of Sogou’s outstanding, fully diluted equity and more than half the voting rights. Tencent held a 45 percent stake in Sogou Information, the company’s so-called “variable interest entity” on the mainland.