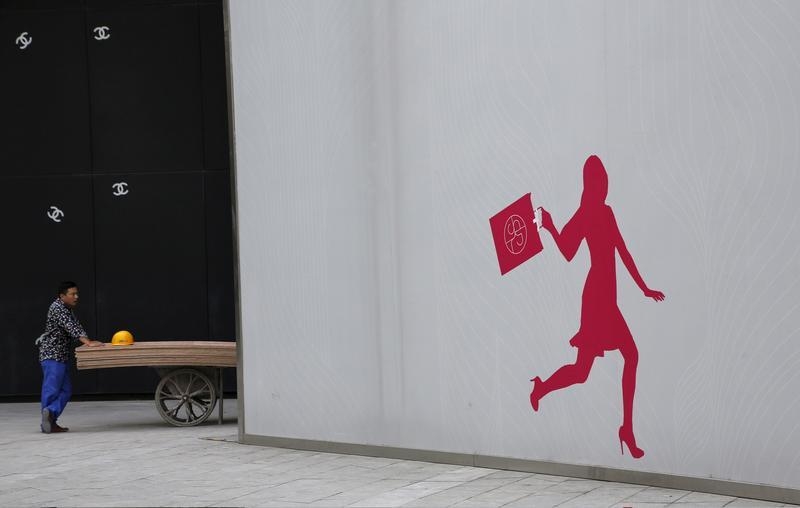 The search for Chinese consumer bellwethers is understandable, but futile. Wary of official data, investors are scouring corporate earnings reports for insights. Yet sales of iPhones or Kentucky Fried Chicken offer only partial and misleading clues about the world’s second-largest economy.

Government statistics suggest China is decelerating and rebalancing. GDP expanded at its slowest rate in six years in the third quarter, and traditional drivers like construction are weak. Consumers are supposedly picking up the slack: retail sales were up almost 11 percent year on year in September. But these figures, which include government and army purchases, are viewed with scepticism. So investors are looking elsewhere.

The signals are fuzzy, however. Take Apple’s last quarter, in which China revenue doubled to $12.5 billion. Chief Executive Tim Cook sees no evidence of any slowdown. But he also points out that, excluding the iPhone, Chinese bought fewer smartphones. Apple is not even a bellwether for its own industry, let alone the economy.

Alibaba is another unreliable guide. The value of transactions on the e-commerce giant’s websites grew a healthy-looking 28 percent in the most recent quarter. Yet if online orders are just replacing conventional offline purchases, the overall economy may be no better off.

By the same measure, companies which fare badly in China are as likely to be suffering from their own mistakes. Poor sales at Yum Brands, the KFC and Pizza Hut owner long seen as a leading indicator for Chinese consumption, probably owe more to food scares and changing tastes than a slowing economy. For every LVMH, which blamed China’s stock market crash for its weak results, there’s a Nike, which saw sales in China jump 30 percent in the three months to August.

The problem will only increase with the growth of the service sector, much of which operates beyond the scope of big public groups. Ultimately it’s fanciful to think that the performance of a handful of companies could serve as a reliable guide to the habits of 1.4 billion people. “Bellwether” originally described a sheep which leads the rest of the flock. That’s an image investors should probably avoid.

A worker pauses next to an advertisement board of a shopping mall in Beijing, China, September 23, 2015. Rising vacancy rates and plummeting rents are increasingly common in Chinese malls and department stores, despite official data showing a sharp rebound in retail sales that helped the world's second-largest economy beat expectations in the third quarter. The answer to that apparent contradiction lies in the rising competition from online shopping and government purchases possibly boosting retail statistics. Add poorly managed properties into the equation and the empty malls aren't much of a surprise. Picture taken September 23, 2015. REUTERS/Kim Kyung-Hoon

Apple’s revenue in Greater China doubled to $12.5 billion in the three months to September, the company said on Oct. 27.

Tim Cook, Apple’s chief executive, said on a conference call that he had seen no signs of an economic slowdown.

“Frankly if I were to shut off my web and shut off the TV and just look at how many customers are coming in our stores, how many people are coming online, and in addition looking at our sales trends, I wouldn’t know there was any economic issue at all in China.”

However, he also pointed out that, excluding Apple’s iPhone, the Chinese smartphone market contracted slightly in the quarter.

Alibaba said on Oct. 27 that the value of goods sold on its websites in China in the quarter reached 713 billion ($112 billion), an increase of 28 percent over the same period of the previous year.

Honda Motor chief executive Takahiro Hachigo told Reuters on Oct. 28 that the Japanese carmaker could achieve its sales target in China but was cautious about increasing production.

Japanese electronics group Canon said sales in Asia and Oceania fell 4 percent to 214 billion yen ($1.78 billion) in the three months to September. The maker of cameras and printers said demand in the region “will likely face prolonged stagnation”.