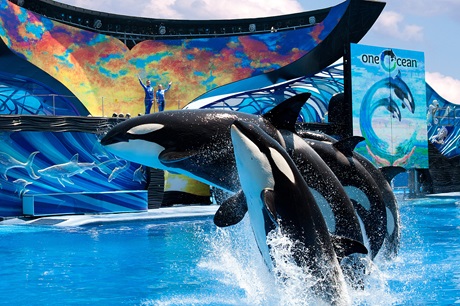 Merlin Entertainments is mulling a bid to buy the theme parks of the operator famous for its killer whales. Both were once owned by the buyout group. A $1.6 bln sale could create value, but SeaWorld’s complex ownership and the tough business outlook make a breakup tricky.

The owner of Madame Tussauds has made a bid for part of SeaWorld, whose preference is to sell itself whole, the source said.

One Ocean, a killer whale show at the SeaWorld Parks

The owner of Madame Tussauds has made a bid for part of SeaWorld, whose preference is to sell itself whole, the source said.