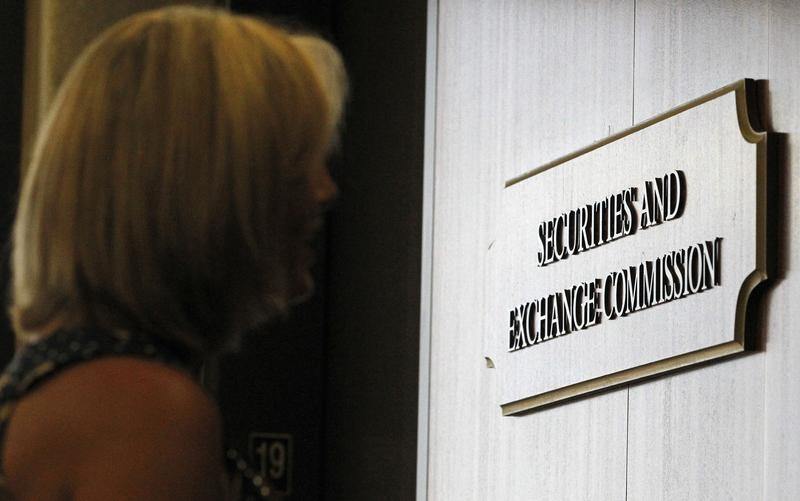 America’s pink-sheet market has given the Securities and Exchange Commission a red face. The regulator has belatedly halted trading in Mexico-based Neuromama, an over-the-counter stock which quadrupled this year to value the company at $35 billion despite a raft of red flags.

For one thing, Neuromama last reported earnings in January 2014, when it said it had no revenue and a quarterly loss to October 2013 of about $368,000. For another, it claims among its businesses a search engine powered by neural technology and other curiosities like “heavy ion fusion.”

According to the SEC, there are also questions about the identities of the people running the company. For instance, Steven Schwartzbard, chairman of the advisory board, is also known as Vladislav Zubkis. He was sued by the U.S. regulator in 1997. A decade later he was sentenced to a five-year prison term for defrauding investors.

Over the last two years, the SEC has asked the company numerous questions about its business claims. But it didn’t suspend the shares until Monday despite the massive runup in price. The agency cited various concerns, including possible “manipulative” transactions.

In the over-the-counter market, often called the pink sheets, stocks don’t come with the imprimatur of major exchanges and there are few regulations. Fraud is a significant risk and shares are thinly traded. In 2013, the SEC created a microcap fraud task force that has brought hundreds of cases. But there are more than 10,000 so-called penny stocks.

That shows the scale of the watchdog’s challenge – though Neuromama became more highly valued than payments firm eBay or health insurer Anthem, for example, which ought to have triggered scrutiny. Moreover, many scams involving OTC markets are perpetrated by global criminal enterprises using aliases, burner phones and other such tactics. In the high-profile 2014 case involving Cynk Technology, suspects were found in Canada and Belize.

The SEC sometimes works with criminal prosecutors, as it did in the Cynk case. But it can be difficult to get them interested unless a fraud becomes big enough, by which time there are potentially more victims. It’s possible Neuromama will be able to satisfy the regulator. But it’s looking like a situation where the SEC could have used both more vigilance and more help.

A woman waits for an elevator in the foyer of the Fort Worth Regional Office of the Securities and Exchange Commission (SEC) in Fort Worth, Texas June 28, 2012.

The U.S. Securities and Exchange Commission on Aug. 15 suspended trading in the over-the-counter shares of Neuromama. The value of the company's stock had more than quadrupled this year to $56.25 per share before trading was halted.

The company, whose website and filings say it runs a search engine based on neural technology, is in talks to license "heavy ion fusion," and sells a line of computing devices, had a market value of about $35 billion as of the stock's last trade on Aug. 5.

The SEC said it was concerned about potentially manipulative transactions in the stock in addition to questions about the identity of the people managing the company. The agency said there were also concerns about possible false statements to shareholders and potential investors about the company having an application pending to be listed on the Nasdaq stock exchange.

Steven Schwartzbard, chairman of the Baja California, Mexico-based company's advisory board, told Reuters that the company was suffering from pressure from short-sellers, which was "a negative side effect caused by our success." The company said it was working with the SEC so its shares could resume trading.