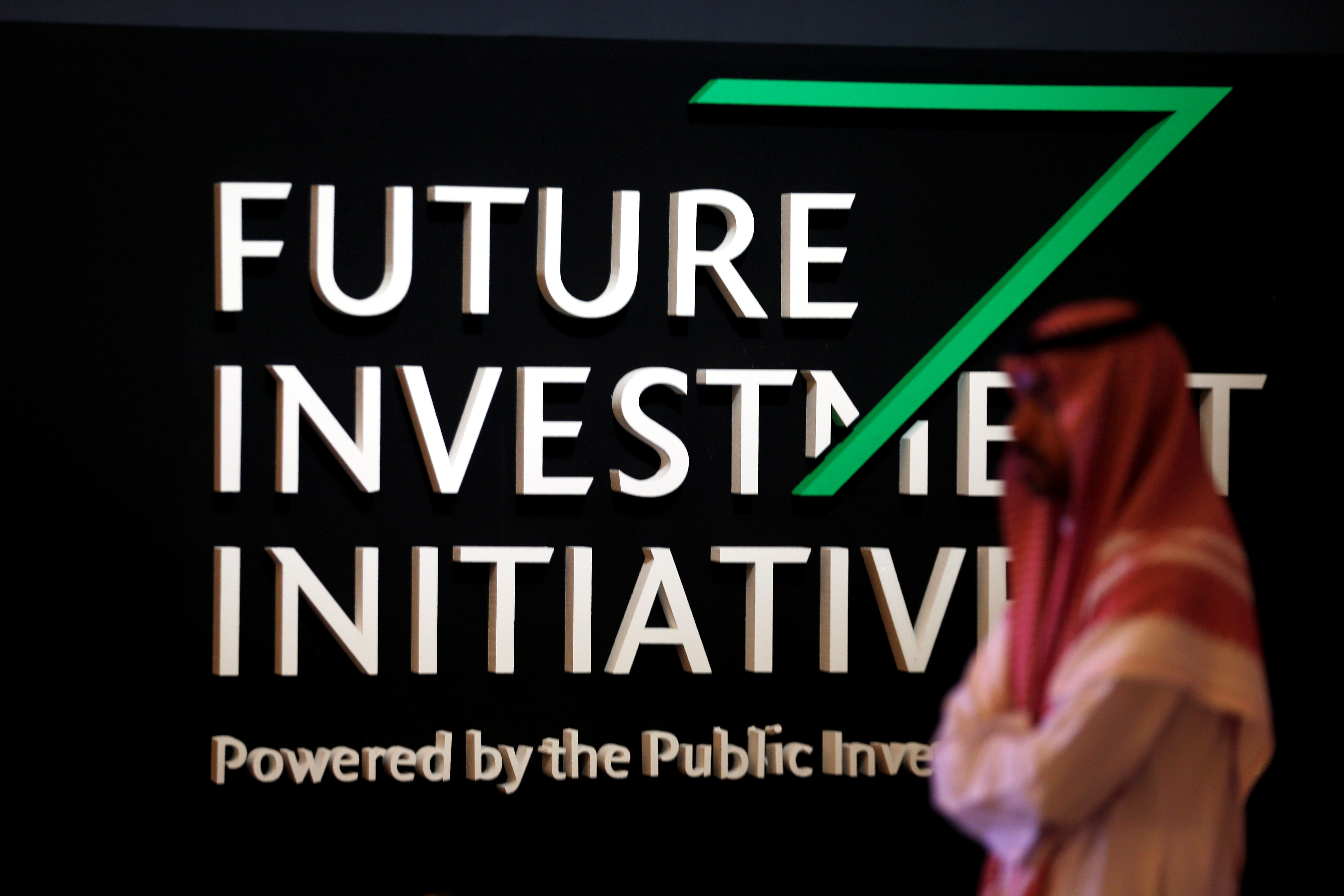 Financiers are heading to Riyadh for the kingdom’s annual money bash. Given it’s only a year since Jamal Khashoggi was murdered by Saudi agents, they’re trotting out various rationales for attending. Weakest of them all is to send junior people: just put the CEO on a plane.

A Saudi man walks past the sign of the Future Investment Initiative during the last day of the investment conference in Riyadh, Saudi Arabia October 25, 2018.

United Nations investigator Agnes Callamard told Reuters in a story published on Oct. 1 that Saudi Crown Prince Mohammed bin Salman was trying to repair damage to his image done by Jamal Khashoggi’s murder in October 2018 by insisting “layers and layers” of hierarchy separated him from the Saudi agents who killed the journalist.

The crown prince told CBS program “60 Minutes” that as de facto Saudi leader he ultimately bore “full responsibility” for the killing a year ago, but he denied ordering it. He made similar remarks to U.S. broadcaster PBS.

In an interview with Reuters, Callamard, U.N. expert on summary executions, attributed him remarks to a “strategy of rehabilitation in the face of public outrage around the world”.

A report by Callamard in June found credible evidence warranting further investigation that the crown prince and other senior officials including key adviser Saud al-Qahtani are liable for the murder.