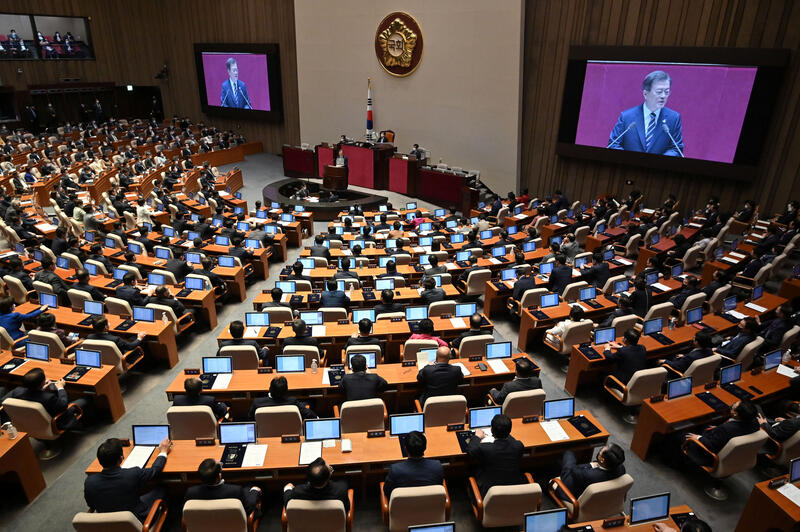 Tackling climate change is at the centre of President Moon Jae-in’s $133 bln stimulus plan. The country has a dismal environmental record, and previous green initiatives have disappointed. But the pandemic gives Moon a mandate to try again. Sceptics should give him a chance.

South Korea's government on July 14 announced plans to spend 114 trillion won ($94.6 billion) to invest in digital infrastructure, green energy, and the social safety net. Local governments and the private sector will also spend an additional 45.9 trillion won on these initiatives, bringing the total to 160 trillion won.

"The coronavirus pandemic once again reaffirmed the urgency of responses to climate change," President Moon Jae-in said in a speech, adding that the new projects were expected to create about 1.9 million jobs through 2025.

In April, Moon's ruling party unveiled a so-called Green New Deal which targets net-zero carbon emissions by 2050, an end to financing of overseas coal plants, and the introduction of a carbon tax.

South Korea's government has announced 270 trillion won worth of Covid-19 policy responses so far, according to official figures.