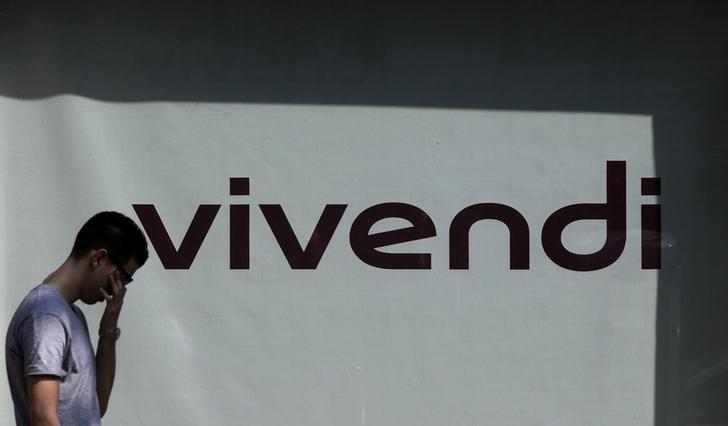 A 15 bln euro sale of the French mobile unit would further reduce Vivendi’s conglomerate status. The reinvention has delighted investors but is incomplete. With a possible continuing stake in SFR, plus music, TV and Brazilian broadband, Vivendi’s raison d’etre is hard to fathom.

A man walks past the main entrance of the entertainment-to-telecoms conglomerate Vivendi's headquarters in Paris July 23, 2013

Vivendi, the French media and telecoms group, reported a 23 percent drop in full-year earnings before interest, tax and amortisation, hit by the tough competition facing its domestic mobile arm SFR.

EBITA totalled 2.4 billion euros, on revenue down 2 percent to 22.1 billion euros. In a statement on Feb. 25, the company said the results were “in line with expectations in a challenging environment.”

A day earlier, Vivendi revealed an approach from Altice, the investment group behind French cable firm Numericable, about a “potential alliance” with SFR.

A source close to SFR told Reuters the proposal would value SFR at about 15 billion euros and see Vivendi retain a roughly 30 percent stake. The talks were first reported by Les Echos, the French financial newspaper.

SFR’s chief executive has previously insisted that a spinoff to shareholders was the “one plan” for the unit. However, Vivendi’s results said that through SFR it intended “to participate in the reorganisation of the telecommunication sector in France, exploring actively all potential opportunities.”