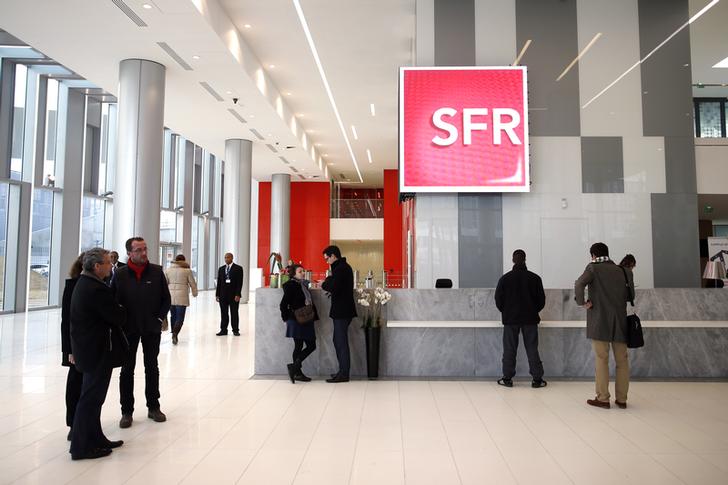 Vivendi may sell its mobile unit to Numericable or Bouygues for 15 bln euros or more. The first option creates a big “quad-play” rival to Orange. The second curbs competition in France’s tough mobile market. Failure will hurt whoever loses. And more M&A could follow.

Employees of French mobile operator SFR are seen during a media tour at the SFR Campus in Saint-Denis, near Paris, December 13, 2013

Les Echos said Bouygues’ bid would be worth about 15 billion euros, funded by debt and a capital increase.

Numericable’s bid was worth 14.75 billion euros, Reuters said. This included 8 billion euros in debt and a 3 billion euro capital increase at Numericable, one of the people told Reuters, while Vivendi would retain a 32 percent stake and keep SFR’s existing debt. Amsterdam-listed Altice, the vehicle for French billionaire Patrick Drahi, controls Numericable with a 40 percent stake.

Any deal would raise social and competition concerns. A combined Bouygues-SFR would have 51 percent of French mobile service revenues, ahead of Orange’s 42.5 percent, Reuters said, citing Societe Generale research.

France’s industry minister has said the government will be vigilant on jobs and investment plans. Drahi has vowed to protect jobs and prioritise French suppliers. Meanwhile, Bouygues will make pledges on jobs and investment, and divest spectrum and mobile antennae to allay competition concerns, people close to the situation said.