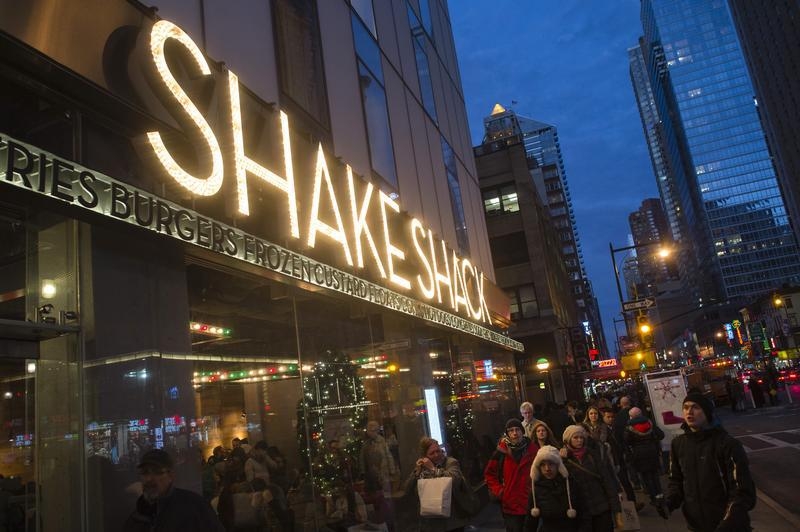 Shake Shack is turning the basic burger into complex financial cuisine. The global fast-food chain started by celebrity restaurateur Danny Meyer filed to go public on Monday with some of the tortured trappings served up with new technology stocks. Two classes of shares and creative financial metrics are especially unappetizing. There’s at least a sweetish bottom line to wash it all down.

Backed by private equity firm Leonard Green & Partners, Shake Shack is a self-described “modern day ‘roadside’ burger stand” whose vision is to “stand for something good.” While it may achieve that with its twist on traditional American fare, it falls short in the investment taste test.

For one thing, even after its initial public offering the company’s existing owners will have control. Maintaining that through super-voting arrangements has become popular in Silicon Valley, where entrepreneurs are enamored of raising capital without surrendering much, if any, of their management sway. Perhaps to align itself with that crowd instead of the century-old patty on a bun, Shake Shack calls itself an “emerging growth company” in its IPO documents.

In another nod to tech wizardry, Meyer points to unconventional ways to size up his conventional grub. Included in what the company calls its “Shack-onomics” is “same Shack sales,” a cute metric for revenue from locations opened for at least two years. Less savory are “Shack-level operating profit margin,” an elaborate method of comparison with competitors, and “cash-on-cash return,” a measure that isolates third-year operating profit for U.S. sites and divides it by the cost of opening them. Want anchovy-flavored turnip fries with that?

All that said, Shake Shack is profitable – unlike many new issuers of late. It also generates relatively healthy EBITDA, a more useful if still unofficial income yardstick. The bigger Red Robin Gourmet Burgers trades at 11 times expected EBITDA for the next 12 months, according to Thomson Reuters data. That would put Shake Shack’s valuation at about $260 million if it keeps growing at a similar pace. Newly listed rival Habit Restaurants, however, fetches nearly 50 times EBITDA. That kind of multiple, to borrow a Silicon Valley moniker for companies worth over $1 billion, would make Shake Shack the home of the unicorn burger.

Hamburger chain Shake Shack filed documents with regulators on Dec. 29 for an initial public offering. The company has 63 locations worldwide, up from 40 at the end of 2013. It had generated about $3.5 million of net income in 2014 through Sept. 24 on $84 million of revenue.

Hamburger chain Shake Shack filed documents with regulators on Dec. 29 for an initial public offering. The company has 63 locations worldwide, up from 40 at the end of 2013. It had generated about $3.5 million of net income in 2014 through Sept. 24 on $84 million of revenue.