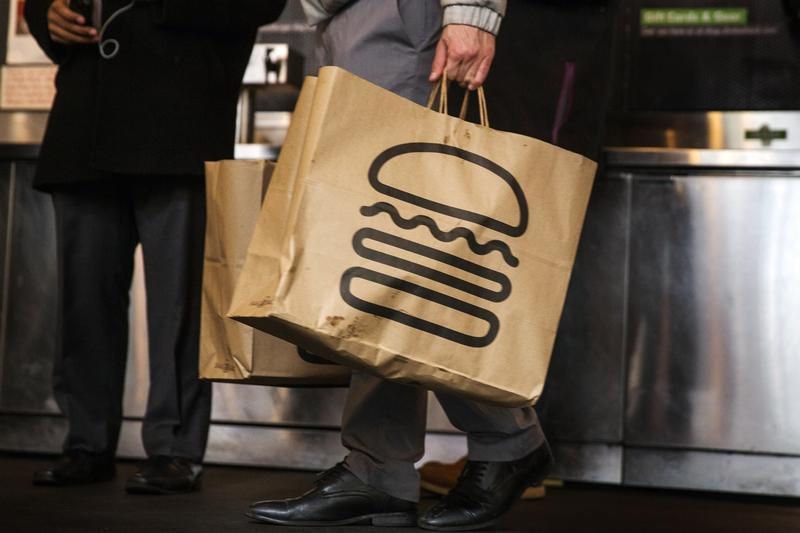 A once humble New York hot-dog stand may have just turned into the ultimate market indicator. Shake Shack, which went public in January, hit a new record high share price on Thursday, implausibly boosting the value of restaurateur Danny Meyer’s creation by $250 million, to $3.3 billion.

The proximate cause was a revelation that the company had filed an application to trademark “Chicken Shack” outlets selling poultry-based fare. Logic would suggest that such a conventional menu item might already have been baked, fried or roasted into the valuation of a glorified burger chain like Shake Shack. Investing can be illogical, though.

Believers haven’t lost any of their appetite for the company’s shares. After they were priced at $21 apiece in the initial public offering, they rocketed up to $45.90 on the first day of trading. They’ve almost doubled again.

Meyer’s restaurants, also backed by private equity firm Leonard Green & Partners, went public with trimmings like a set of “Shack-onomics” including “same Shack sales,” a measure to track revenue at outlets open more than two years. The cutesiness helped offset the fact that even the original IPO price was no bargain. After its fowl innovation, Shake Shack’s estimated 2016 earnings now fetch a valuation multiple of 550 times.

The bullish mentality on beef and now ostensibly chicken is, well, hare-brained. Financial prognosticators keep looking for signs of trouble in the runaway metrics of Silicon Valley. Instead of worrying about wearables, they might do better to scrutinize edibles.

Shake Shack shares rose as much as 9.3 percent to a record high of $90.52 on May 21 after the U.S. upscale hamburger chain filed an application to trademark “Chicken Shack” for chicken sandwiches.