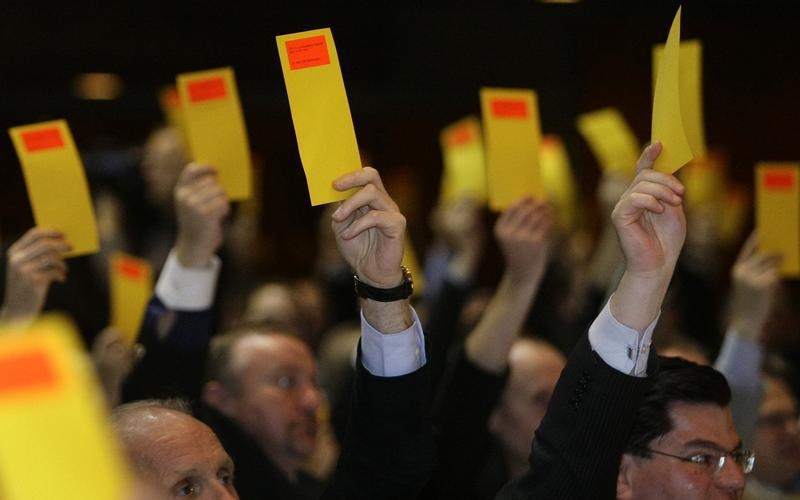 Companies keep tossing several proposals into one ballot initiative, despite a landmark 2013 ruling that ripped the iPhone maker for doing so. Such bundling also turns out to be more common than suspected, a new study shows. Investors deserve a dash of stronger voting protections.

Almost a third of the individual proposals companies submit to shareholders for a vote bundle multiple topics, depriving investors of the right to approve or reject each item separately, according to a draft Vanderbilt University Law School study issued on May 3.

Researchers looked at more than 1,500 management proposals between 2003 and 2012. Almost 30 percent contained more than one topic, and of those, more than 80 percent included at least one material item, and 65 percent included two or more. The study’s authors are James Cox of Duke Law School, Fabrizio Ferri and Colleen Honigsberg of Columbia Business School and Randall Thomas of Vanderbilt Law School.

U.S. Securities and Exchange Commission regulations require proxy ballots to “identify clearly and impartially each separate matter intended to be acted upon,” and allow shareholders to specify “a choice between approval or disapproval of … each separate matter.” SEC interpretations of the rules permit a “material matter” to be combined with any “immaterial matters” that the company does not have reason to believe shareholders want to vote on separately. “Inextricably intertwined” matters like, for example, basic financial terms of a series of preferred stock are also allowed to be bundled.

U.S. District Judge Richard Sullivan in Manhattan blocked Apple in 2013 from holding a shareholder vote on a proposal to limit the company’s ability to issue preferred stock. David Einhorn’s Greenlight Capital challenged the proposal as having been improperly bundled with three other charter amendments.