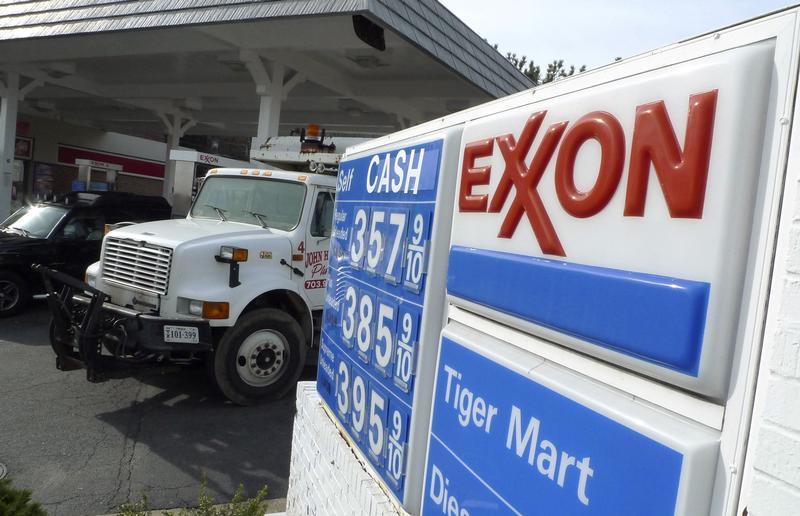 Exxon Mobil shareholders are giving the petroleum giant the benefit of the doubt. The oil major only beat fourth-quarter estimates thanks to tax and legal breaks. And it is keeping mum on spending plans, even as rivals cut back. Unlike rival Chevron, though, Exxon is still buying back stock, if less than before. Such relative resilience appeals to investors, but might not last.

Texas-based Exxon’s stock has taken less of a beating than that of peers after the more than 50 percent drop in Brent crude prices since last summer. Factoring in a 1 percent increase in early trading, Exxon’s market value has slipped a relatively modest 14 percent since oil peaked at $115 a barrel in June – better than the 21 percent hit suffered by rival Chevron and a 23 percent slide at ConocoPhillips.

It helps that Exxon still plans to buy back its own shares. True, the $1 billion of repurchases planned in the first quarter is down sharply from the $3 billion of stock the company bought back in the last three months of last year. But it’s better than axing buybacks entirely, as Chevron did last week.

Unlike its smaller competitors though, Exxon shied away from announcing any new cuts to 2015 spending on Monday. In October it said it was sticking with earlier guidance of “just shy” of $37 billion of capital investment in coming years, which would represent a cut of only about 4 percent from last year’s $38.5 billion. It won’t update the market on its new plans, if any, until its investor day in early March.

That seems to be enough to keep shareholders happy for now. But if oil prices stay low for longer than expected, Exxon will need more than Monday’s patchy earnings beat to keep the full black-gold blues at bay.

Exxon Mobil announced on Feb. 2 that its quarterly profit fell 21 percent in the fourth quarter due to the recent drop in crude prices. The results topped Wall Street expectations due to tax benefits and a favorable arbitration ruling related to assets in Venezuela. Exxon’s shares rose about 1 percent in early trading.

The oil major said it planned to buy back $1 billion of its own stock in the first quarter, down from $3 billion spent in the fourth quarter on share repurchases. Exxon said it would update the market on its 2015 capital spending plans at an investor day in March.