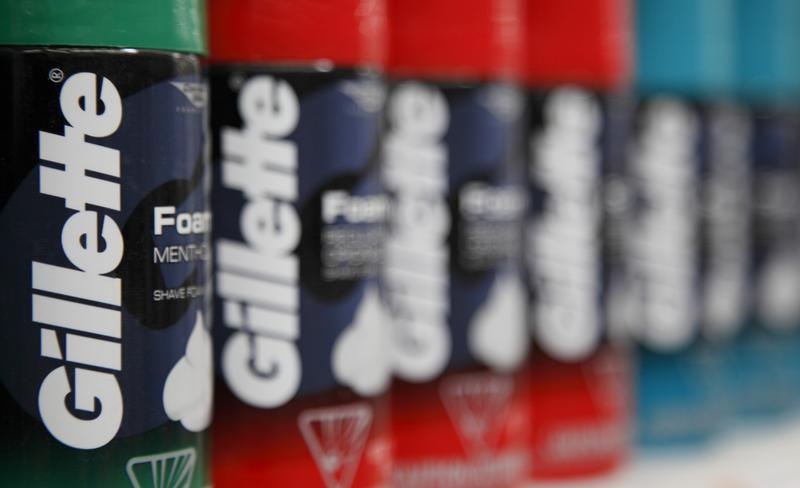 Shave Club syndrome could nick David Taylor’s Procter & Gamble makeover. The P&G boss has spruced up the $230 billion Tide-to-Pampers merchant since taking charge in November, but growth remains a challenge. Now a profusion of internet-savvy rivals like Dollar Shave Club, recently bought by Unilever for $1 billion, threatens to steal customers and take a razor to margins.

P&G expects the muted sales trend to continue over the next 12 months. That will blunt the effects of its cost-cutting program and a nearly completed project to divest about 100 underperforming brands to simplify P&G’s business around its biggest, most profitable products.

Unilever’s purchase of the upstart Dollar Shave Club last week for $1 billion suggests the pressure could grow from here. The problem, as Taylor explained, is that the rise of e-commerce and social media has lowered the cost of entry for new competitors.

That’s bad news for the grooming and healthcare divisions, which lathered up the best top-line growth of P&G’s various units. Dollar Shave’s cut-priced razors have already been slicing into P&G’s profitable U.S. Gillette shaving businesses; they could do even more damage in the hands of deep-pocketed Unilever.

Taylor noted “many examples” of internet-based competitors popping up both in its established markets and in China. That suggests the industry’s established companies will either have to invest more in their own brands or buy trendy new players at inflated prices to neutralize the threat.

Despite the mounting competition, P&G’s shares trade on nearly 22 times expected earnings over the next 12 months, according to Thomson Reuters data. That may reflect investors’ hunger for the company’s reliable dividends. But it’s hard to square with rising competition in a slow-growth business.

Procter & Gamble's Gillette shaving foam can be seen on display at a new Wal-Mart store in Chicago, January 24, 2012.

The update came as the $230 billion Tide detergent maker reported fiscal fourth-quarter results that beat Wall Street estimates. P&G earned $1.95 billion for the three months to June on sales of $16.1 billion. Earnings per share of 79 cents excluding restructuring charges and disposals were ahead of Wall Street's average forecast of 74 cents per share. P&G's shares were flat in morning trading after the earnings announcement.