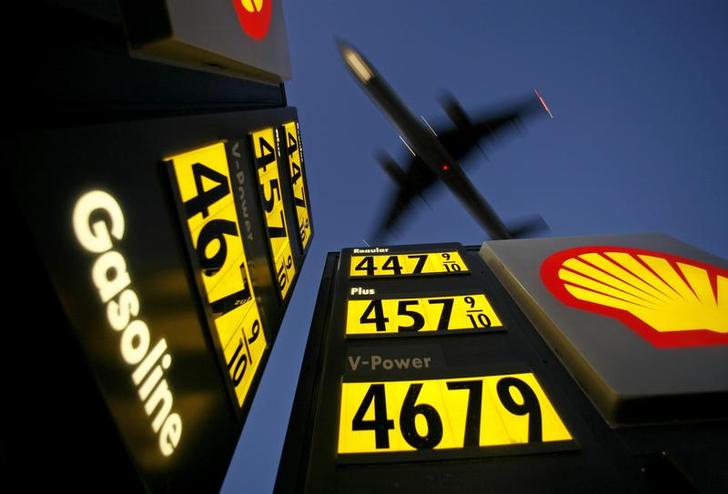 After years adjusting to cheap oil, Shell and BP are beating earnings estimates and throwing off enough cash to cover dividends. BP will soon be buying back shares, too. It’s a start. But even if prices hold up, it will be years before their returns top their cost of capital.

Gasoline prices are advertised at a gas station near Lindbergh Field as a plane approaches to land in San Diego, California.

Royal Dutch Shell on Nov. 2 reported revenue of $75.8 billion for the three months ending Sept. 30, a 23 percent increase year-on-year. Analysts had expected revenue of $68.4 billion, according to Eikon.

The Anglo-Dutch oil and gas producer’s earnings of $4.1 billion, excluding one-off items, compared with a company-provided consensus forecast of $3.6 billion. Shell, like many oil companies, reports a measure of earnings that reflects the current cost of extracting oil, rather than the actual cost of crude.

Shell’s average realised price per barrel of liquid fuels was around $47 during the quarter, compared with the latest Brent crude price of just over $60 a barrel.