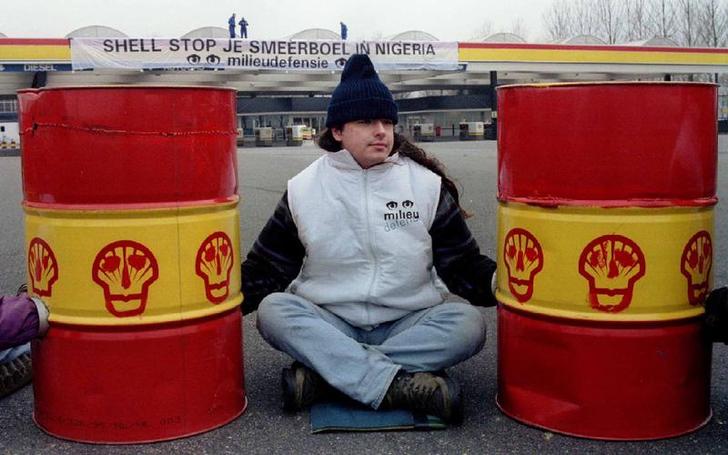 The $3.6 billion decline in replacement-cost profit from the same period last year disappointed investors. The oil major’s shares fell 5 percent by midday in London, wiping out $10 billion of market value. The biggest drag was a $2.1 billion impairment in Shell’s upstream exploration and production business, mostly from a writedown in North American shale. Shell also suffered from unusually high drilling costs in the quarter, as well as currency swings and production disruptions in Nigeria.

The environment for oil majors is tough these days, and Shell is not the only big energy company that overpaid to get in on the U.S. shale boom. But its writedowns illustrate the pitfalls of chasing barrels over profit. The oil major has decided to drop a target of boosting output from last year’s 3.3 million barrels a day to 4 million by 2017-2018. Instead, it will focus on profitability.

The shift is a response to big changes in the energy landscape. A decade ago, it made sense to focus on building reserves. Investors paid up for companies that did not shrink potential future production. There were many opportunities for companies to expand reserves, and with oil prices rising there were few worries about profitability.

Now, though, the steady rise of national oil producers has excluded western majors from most low-cost prospects. They have been forced into difficult places like the Arctic, where drilling costs are high and governments are unpredictable. In this tougher environment, companies which obsess about keeping up reserves and production are more likely to make bad investments.

Investors may be disappointed with Shell’s dud quarter, but the company is at least acknowledging the new reality. The company’s less crude approach to growth – so to speak – should produce fewer writedowns, higher profit margins, and more cash in shareholders’ pockets. If so, the day’s pain will have been well worth it.

An environmental activist who chained himself to some empty oil barrels looks on as a banner saying "shell stop your dirty bussines in Nigeria" pops up at an Shell petrol station in Amsterdam.

Shares of Royal Dutch Shell fell more than 5 percent in morning London trading on Aug. 1 after it missed financial analysts’ expectations for the second quarter.
Profit at Europe’s biggest oil company were hit by sabotage-related disruption in Nigeria, a big writedown on North American shale assets, and currency movements.
Shell said it would abandon the 2017-2018 target to boost production from last year’s 3.3 million barrels of oil equivalent per day to around 4 million.