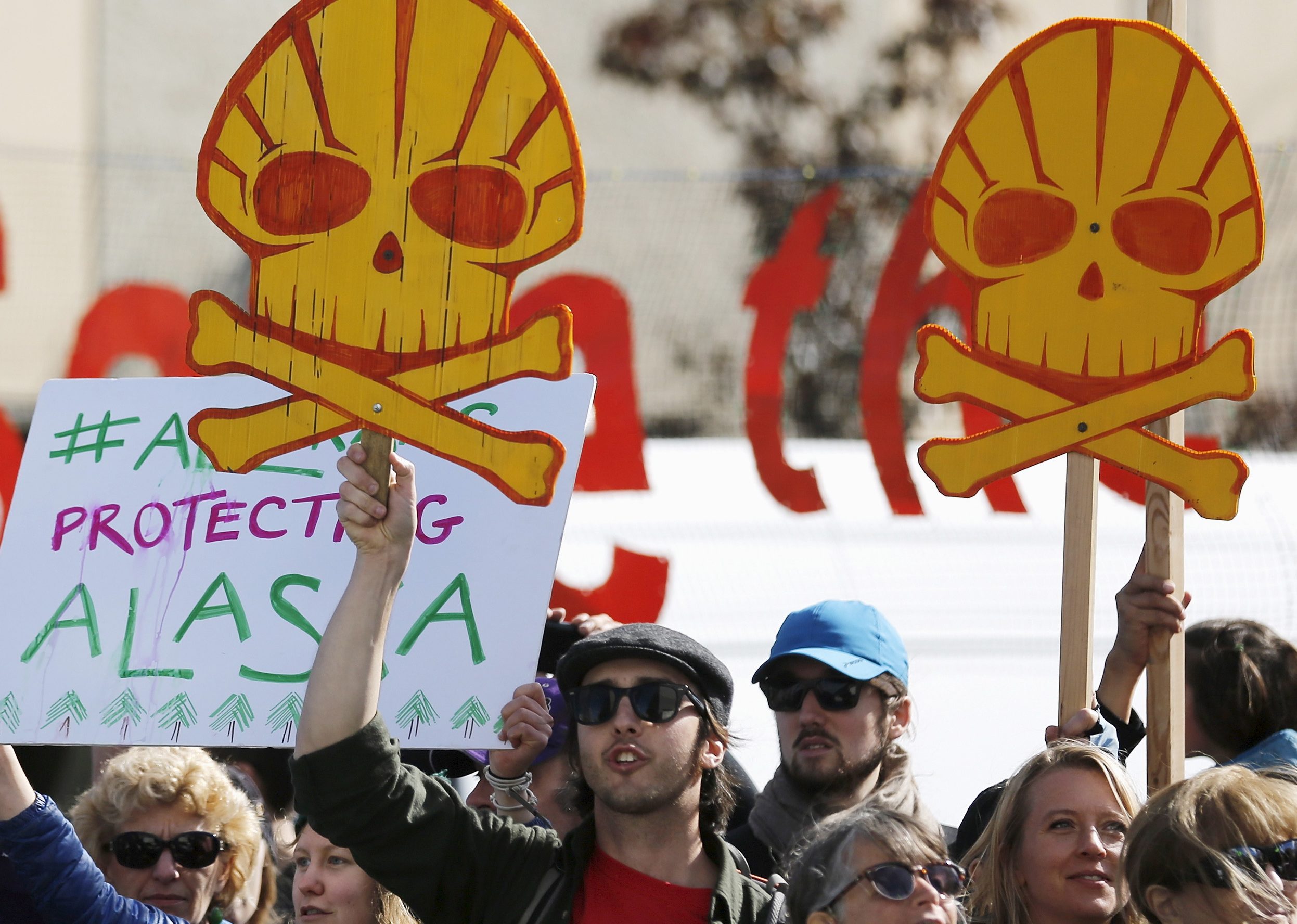 The oil major easily fought off an attempt by shareholders to turn carbon-reduction ambitions into hard targets. That prevents it being hamstrung compared with rivals. But even the relatively enlightened Shell assumes oil demand forecasts that are vulnerable to political shifts.

People protesting against Shell Oil greet U.S. President Barack Obama's motorcade as he arrives to deliver remarks to the GLACIER Conference at the Dena'ina Civic and Convention Center in Anchorage, Alaska August 31, 2015. Obama set off for a three-day tour of Alaska. REUTERS/Jonathan Ernst - GF10000188504

Investors representing just over 5 percent of Shell shareholders at the oil major’s annual general meeting on May 22 backed a resolution to force the group to adopt concrete targets on carbon emissions.

The resolution brought forward by pressure group Follow This urged Shell to set targets that would limit global warming to “well below” 2 degrees Celsius.

Investors with 245 million votes backed the motion, while 4.6 billion votes were cast against it, and 375 million abstained.

Two previous Follow This climate resolutions secured 2.8 percent and 6.3 percent of the vote at Shell’s AGM in 2016 and 2017, respectively.