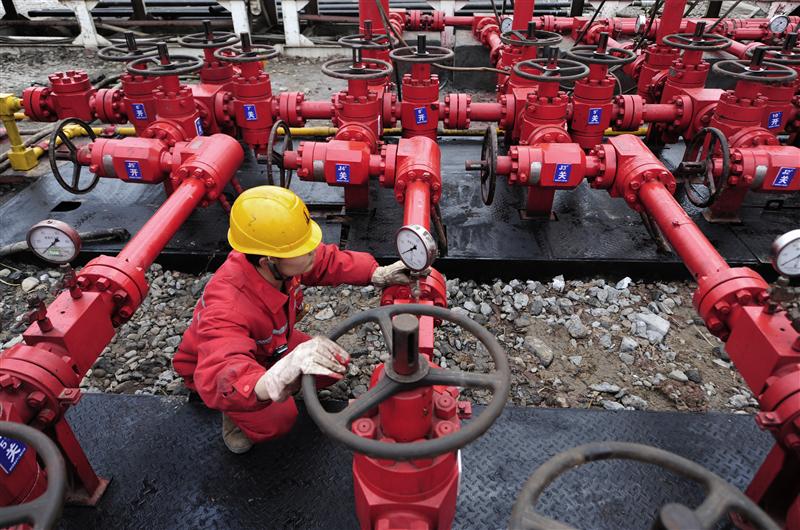 Royal Dutch Shell’s latest results show there is a flip side to shale nirvana. The combination of vast new supplies and a continuing lack of export capacity have kept oil and gas prices down in North America. The cost advantage for the region’s manufacturers might excite the Davos set, but the much-hyped shale revolution also creates relative losers.

Shell is one of them. Losses on North American exploration and production weighed on the Anglo-Dutch oil major as it reported its full-year and fourth-quarter results on Jan. 31. Low realised prices for North American gas and synthetic crude led to the second consecutive quarterly loss at Shell’s “upstream” business in North America. Drilling costs also rose as Shell continued to shift its focus from gassy wells to more profitable oily ones.

Shell’s motivation for moving away from North American gas is clear enough. The average gas price at Henry Hub, the main U.S. trading point, was far below European and Asian prices, and 31 percent lower in 2012 than in the previous year. The American price pressure is likely to last, thanks to pipeline bottlenecks and an energy infrastructure designed for imports, not exports. That’s great for factories and consumers, but tough on producers.

Shell’s problems should be kept in context. The company still looks broadly on track to meet medium-term production and cash-flow targets. It is also moving to address North American bottlenecks where it can. Earlier this week Shell announced a joint venture with Texas-based Kinder Morgan’s pipeline unit to build a liquefied natural gas export terminal on the U.S. east coast.

Over time, North America and the global market should reach a new equilibrium as export infrastructure improves. A near 2 percent drop in the shares after the results announcement suggests investors are taking a balanced view of Shell’s challenges. On 8.2 times forward earnings, the company still trades in the middle of the pack of its global oil peers, but for now Shell is one of the companies bearing the cost of the shale boom.

Royal Dutch Shell reported a full-year profit of $25.1 billion on Jan. 31 on an adjusted current cost of supply basis, the oil industry’s standard profit measure.
Shell’s London-listed shares slipped 1.7 percent in early afternoon trading as the group’s fourth-quarter numbers fell short of most analysts’ estimates.
Shell said it received lower prices for its North American gas and synthetic crude oil in the fourth quarter, compared with the same period the year before. It said it also incurred higher exploration expenses.