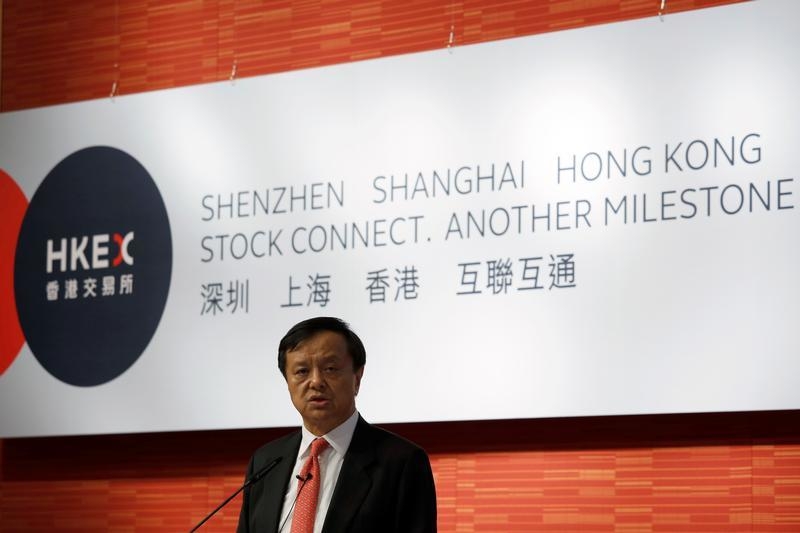 Shenzhen and Hong Kong are teeing up a “Bubble Connect”. From late this year, investors in the neighbouring cities will soon be able to buy up to a total of $3.5 billion a day of shares on each other’s bourses. This is a long-awaited milestone in the opening up of mainland markets. But it poses problems, too.

Like the Shanghai-Hong Kong Stock Connect, which launched in late 2014, the new link lets mainlanders buy a net 10.5 billion yuan ($1.6 billion) of shares a day in the former British colony. The limit in reverse is 13 billion yuan. Smaller Hong Kong stocks, down to a HK$5 billion ($645 million) market value, are now included. And in an unexpected bonus, an overall cap on cross-border holdings has been scrapped.

This is good as far as it goes. It will not be enough, however, to convince MSCI’s index compilers to add China to global benchmarks. Nor will the reform undo the reputational damage done by last year’s market crash. But it is a step in the right direction, just as China prepares to host global leaders at the G20. It’s also a window onto China’s future: Shenzhen’s exchange naturally skews more to “new economy” sectors like software and health, rather than the stodgy state enterprises that dominate in Shanghai.

Still, the first tie-up with Shanghai was overhyped. Notably, only half of the 300 billion yuan northbound quota was ever used, Citi analysts reckon. Nor could arbitrageurs shrink the big gulf between prices of dual-listed shares. The sequel with Shenzhen seems equally likely to underwhelm – since global investors are wary about China, and mainlanders will not get much genuine currency diversification from this scheme.

There are also two problems with bubbles. Shenzhen’s nosebleed prices will deter many foreign investors. The city’s Nasdaq-style ChiNext index, for example, trades on 56 times earnings, versus 11 to 12 times for smaller stocks south of the border.

Meanwhile, in Hong Kong, stocks may look cheap but the lower end of the market is already plagued by mysterious spikes, crashes, suspensions, and dodgy governance. The mainland’s retail-dominated, rumour-driven markets are even wilder. The prospect of Chinese punters exporting their get-rich-quick tactics is not heartening.

China approved a long-awaited scheme on Aug. 16 allowing investors in Shenzhen and Hong Kong to trade shares on each other's bourses.

This follows a mutual-market access programme linking Shanghai and Hong Kong, which launched on Nov. 17, 2014.

Hong Kong Exchanges and Clearing said it expects preparations for the Shenzhen-Hong Stock Connect to take about four months.

Under each of the schemes, mainland investors are allowed to buy a net maximum 10.5 billion yuan ($1.6 billion) a day of Hong Kong shares. The two daily "northbound" quotas, for HK investors buying in either Shanghai or Shenzhen, are 13 billion yuan.