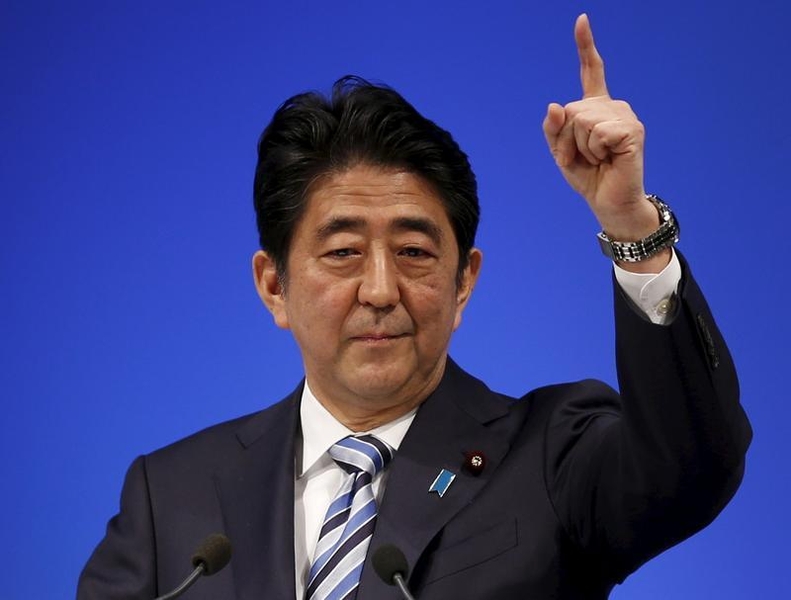 Japan’s latest fiscal stimulus package, worth just over $120 billion, will avert stagnation or worse. But a recent consumption tax hike and slower global activity pose risks that policymakers lack the firepower to tackle. Healthy growth and inflation will prove elusive.

Japan's Prime Minister Shinzo Abe (C), who is also the ruling Liberal Democratic Party (LDP) leader, gestures as he delivers a speech during a ceremony for the LPD's 60th anniversary in Tokyo, Japan, November 29, 2015.

Japan's cabinet on Dec. 5 approved a 13.2 trillion yen ($122 billion) fiscal package to support stalling growth in the world's third-largest economy amid offshore risks and as policymakers look to sustain activity beyond the 2020 Tokyo Olympics.

Bank of Japan board member Yutaka Harada said on Dec. 5 that he saw no need for the central bank to take extra steps to complement the stimulus plan.

“Given that current low interest rates were caused by deflationary monetary policy in the past, the only way is to wait for prices and interest rates to rise while continuing current monetary easing aimed at sustaining economic growth,” Harada said in a speech.