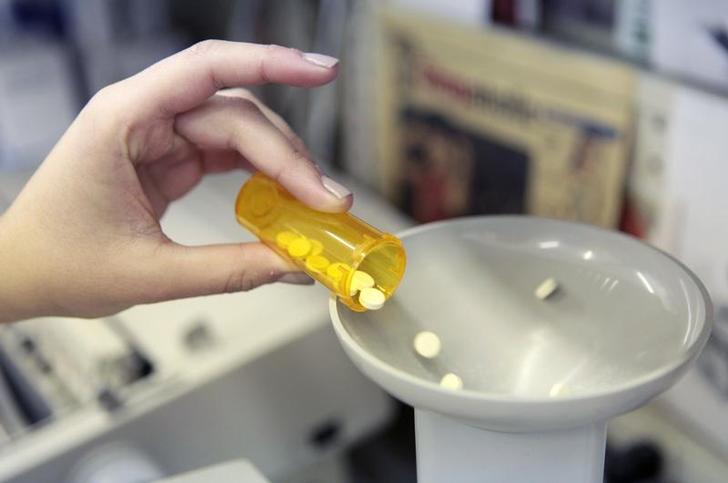 Dyax has proved easier prey for Shire than Baxalta, but it’s far from cheap. Midway through its proposed deal for $24 billion Baxalta, the Irish pharma group is offering $6 billion for the developer of a treatment against a rare swelling disorder. The deal relies on bold assumptions and could take years to pay off.

Buying Massachusetts-based Dyax is probably at most a distraction. Shire is struggling to persuade the management of Baxalta to accept an all-share deal. But, given falling drug-company share prices in recent months, Shire may be willing to take a breather anyway.

Shire is paying $5.9 billion up front and $646 million if Dyax’s main pipeline drug is approved by U.S. regulators. That’s $2.2 billion more than its undisturbed market capitalization. Shire only expects to cut costs by $50 million in 2017 and $100 million by 2019. Taxed at say 18 percent, and capitalized at 10 times, those might be worth $820 million, well below the premium on offer.

Although Dyax is presently loss-making, tax cuts could also help, thanks to Shire’s Irish domicile. The median forecast of analysts is for the firm to generate pre-tax profit of $317 million in 2019, according to Thomson Reuters Eikon. Assuming Shire can bring Dyax’s rate down to, say, 18 percent, that would create some $53 million of additional earnings. Capitalized at Shire’s historical multiple of 18 times, those would be worth nearly $1 billion.

Yet the deal is about more than ripping out costs. Shire reckons it can grow Dyax’s main product, a drug for treating a potentially fatal swelling disorder called hereditary angioedema (HAE), to up to $2 billion of annual sales. That’s bullish: Cowen, a broker, was estimating just over $1 billion by 2025.

Shire also needs to protect its own HAE business, which is threatened by Dyax’s as-yet unapproved drug, DX-2930. By bringing the different treatments together, Shire reckons it can create a global leader and reap benefits from a strong market position and common infrastructure. It believes that roughly 60 percent of HAE patients are not yet diagnosed.

Even if the deal works, Shire doesn’t expect to cover its cost of capital until 2019. That may be why markets are struggling to see the value of the deal: Shire’s share price fell, even as pharma stocks rose. Shire’s track record in M&A is solid, but a lukewarm reaction shows market support can’t be assumed.

Shire said it would acquire rival drugmaker Dyax for $37.3 a share, equivalent to $5.9 billion, according to a company statement. Dublin-based Shire will pay an additional $646 million upon regulatory approval of DX-2930, a drug that Massachusetts-based Dyax is developing for hereditary angioedema.

Shire proposed an all-share merger with Baxalta, which makes haemophilia treatments, on Aug. 4.

A pharmacy employee dumps pills into a pill counting machine as she fills a prescription while working at a pharmacy.

Shire said it would acquire rival drugmaker Dyax for $37.3 a share, equivalent to $5.9 billion, according to a company statement. Dublin-based Shire will pay an additional $646 million upon regulatory approval of DX-2930, a drug that Massachusetts-based Dyax is developing for hereditary angioedema.

Shire proposed an all-share merger with Baxalta, which makes haemophilia treatments, on Aug. 4.