Your turbines, my trains 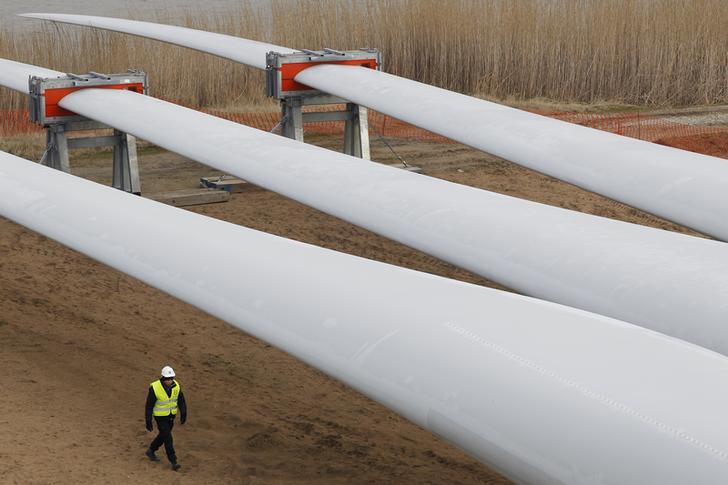 The German engineer has offered to swap assets with its French rival after a possible GE/Alstom deal ran into government opposition. Exchanging trains for turbines could create two strong players, and generate larger synergies. But antitrust obstacles may be tough to overcome.

A technician walks past wind turbine blades at Alstom's offshore wind site in Le Carnet, on the Loire Estuary, near Saint Nazaire

Siemens, the German engineering group, has offered to acquire its French rival Alstom’s power turbines division in exchange for its own train-making business plus cash, according to reports. The offer came as the French government expressed opposition to a tentative offer by the United States’ General Electric to buy Alstom’s power business.

The Siemens proposal would create “two European and global champions in the energy and transport domains - one around Siemens, the other around Alstom,” French Economy Minister Arnaud Montebourg said in a statement. He added that France would try to block any Alstom deal it considered unfit.

GE Chief Executive Jeff Immelt met with French President Francois Hollande and Montebourg on April 28 to discuss the $13 billion (9.4 billion euro) bid by GE for Alstom’s power turbines and grid equipment. After the meeting, Immelt said “the dialogue was open, friendly and productive. We understand and value Hollande’s perspective, and we are committed to work together.”

The German government would rather see Siemens take over the power arm of its French rival Alstom than have it acquired by General Electric, a government source in Berlin told Reuters on April 28. The German economy ministry said it believes a Siemens-Alstom tie-up would be a great opportunity for both Germany and France.