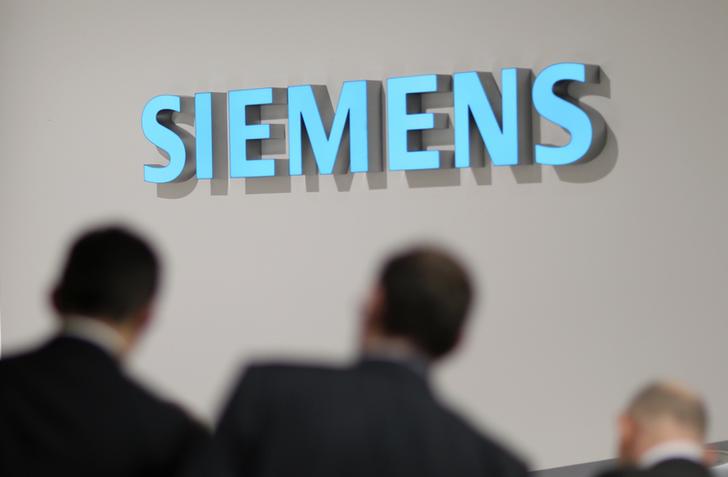 In year one as CEO, Joe Kaeser has got more right than wrong. He has cut red tape, sold assets and taken to shale gas. Annual results show there’s more re-engineering to do. If Kaeser can persuade investors Siemens is more like GE or ABB, he’ll reap a big stock-market harvest.

The Siemens logo is seen during the IFA Electronics show in Berlin September 4, 2014.

German engineering group Siemens’ operating profit for the fourth quarter rose 28 percent to 2.2 billion euros, slightly below the average estimate of 2.25 billion euros in a Reuters poll. Charges for faulty wind turbines pushed its wind power division to a loss.

Siemens forecast flat sales for 2015 and targeted an industrial profit margin of 10-11 percent, a new benchmark for Siemens as it seeks to close a profitability gap with rivals under Chief Executive Joe Kaeser, who took over in 2013.

Siemens also said it had agreed to sell its hearing-aid unit to private equity firm EQT and Germany’s Struengmann family for 2.15 billion euros, but will keep a 200 million euro equity investment in the business.