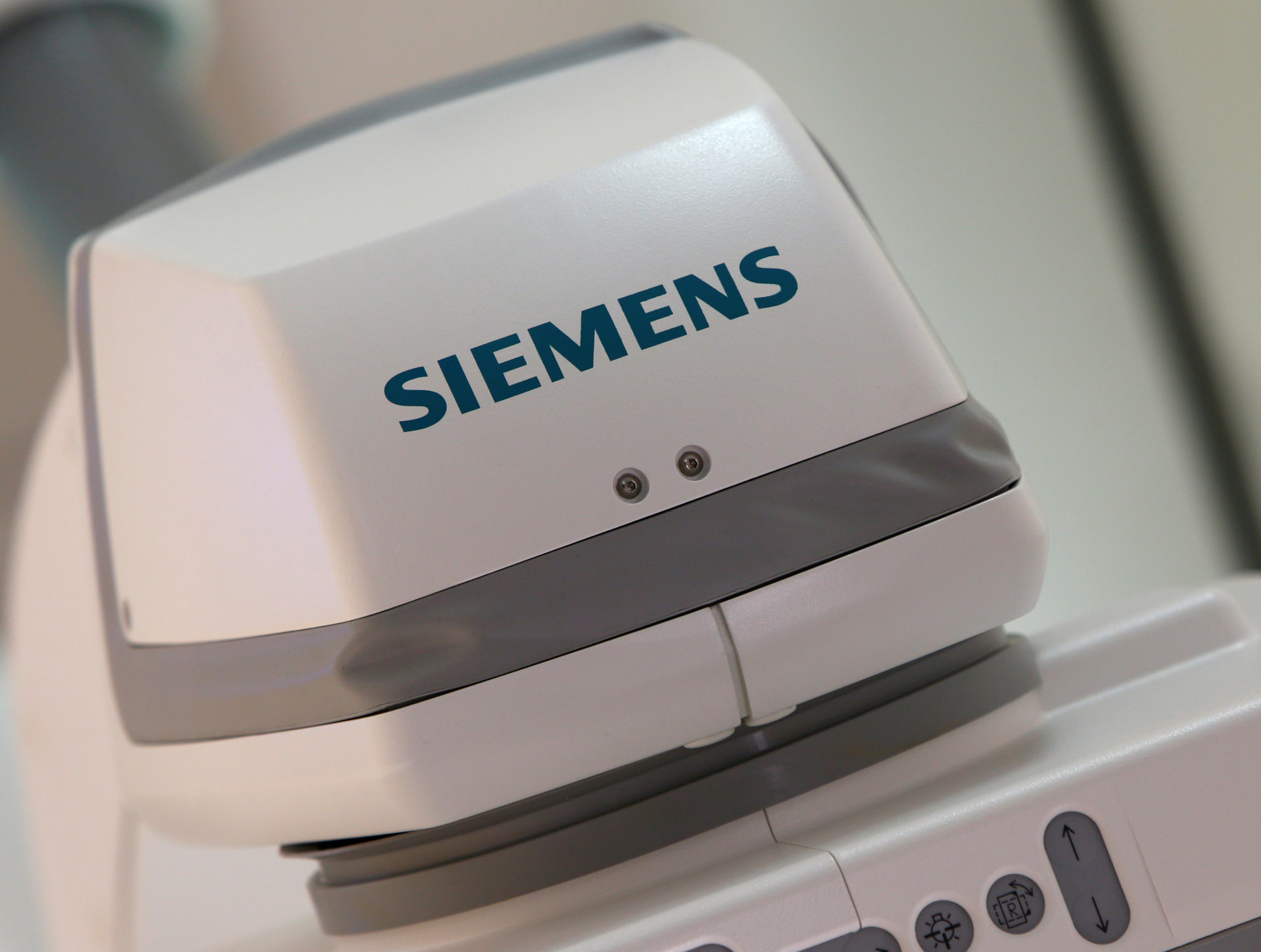 The engineer will spin off its healthcare unit, and probably retain a majority stake. The margin-rich business could be worth $40 bln, fetching a 38 pct premium. The increased M&A firepower will give Siemens a chance to correct a record on deals which is rather less impressive.

Siemens logo is pictured on a CT scan in the manufacturing plant of Siemens Healthineers in Forchheim near Nuremberg, Germany, October 7, 2016. REUTERS/Michaela Rehle/File Photo GLOBAL BUSINESS WEEK AHEAD PACKAGE - SEARCH 'BUSINESS WEEK AHEAD NOV 7' FOR ALL IMAGES - RTX2S8I7

The company did not give details on the timing and scope of a share placement. Chief Financial Officer Ralf Thomas said it need not sell a majority of shares. "We are happy to keep healthcare under the Siemens roof."

The trains-to-turbines group reported an 18 percent rise in fourth-quarter net income to 1.18 billion euros ($1.29 billion), in line with expectations, and flat industrial business profit of 2.45 billion euros that beat the average estimate of 2.41 billion euros in a Reuters poll. Order intake in the fourth quarter dropped 13 percent to 20.3 billion euros, falling short of the poll average of 21.4 billion euros.

Siemens gave a cautious outlook for the current fiscal year ending September 2017, as large orders dropped amid geopolitical uncertainty. Kaeser said he expects a modest rise in sales, and for orders to outpace revenues.