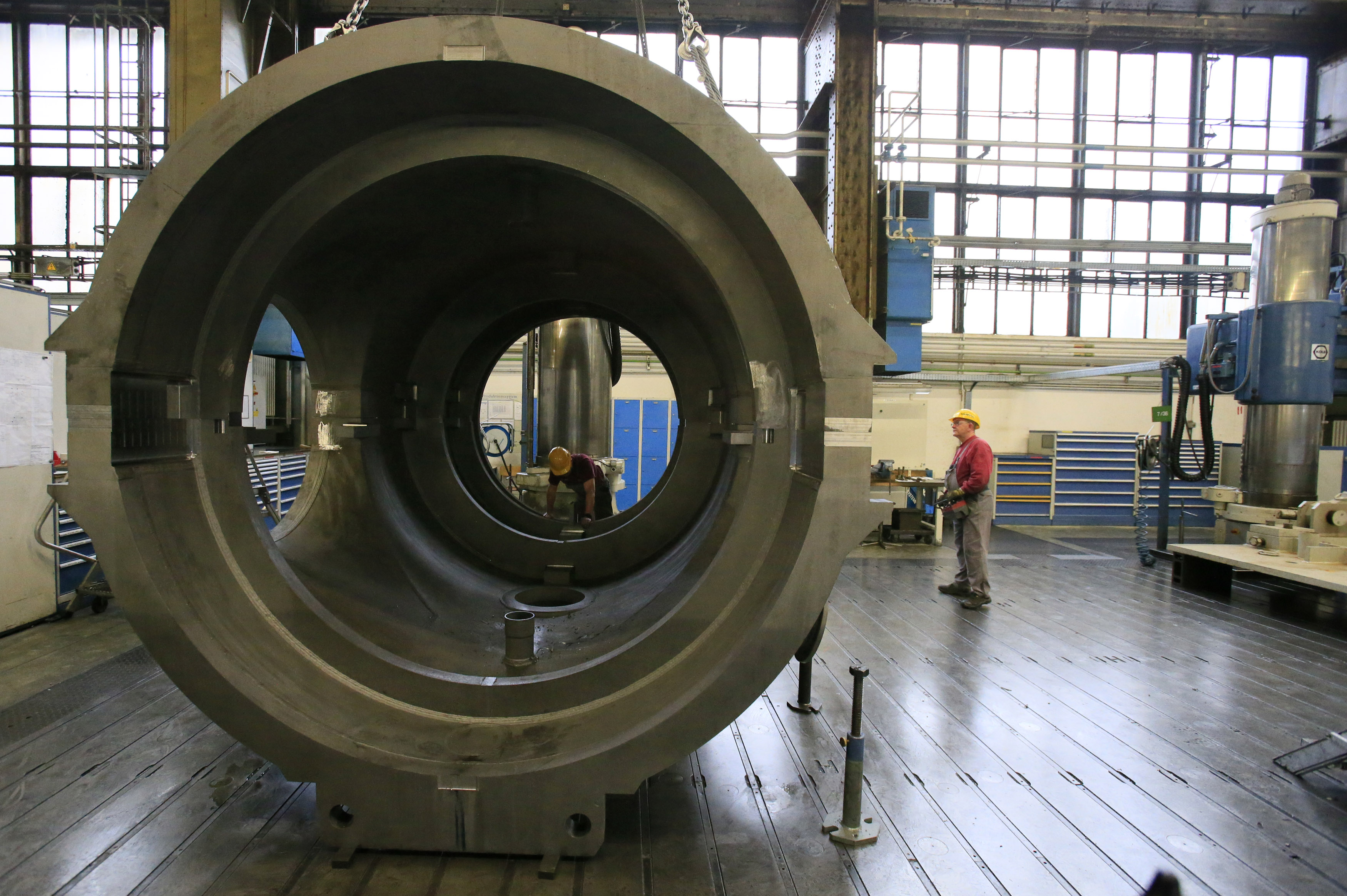 The $96 bln industrial giant’s plan to slim down by spinning off its power business looks designed to pre-empt a shareholder rebellion. But the new entity’s complex structure and its odd bundle of clean and dirty energy assets could still draw the attention of a pushy investor.

Employees of Siemens AG work on the case of a gas turbine in Berlin November 8, 2012.

Siemens on May 7 said it would spin off its gas and power business along with its 59 percent stake in renewable energy joint-venture Siemens Gamesa.

The German parent group will own between 25 and 50 percent of the newly listed entity. It will not consolidate the company’s results.

The plan was approved by Siemens’ supervisory board, half of which is made up of employee representatives. Chief Executive Joe Kaeser expects to complete a carve-out of the power business by April 2020, and will put the spinoff plan before shareholders at a June 2020 extraordinary general meeting.

Siemens on May 8 said it generated 20.9 billion euros of revenue in the three months to the end of March, which was 2 percent higher than a year earlier after stripping out the effects of currency movements, acquisitions and disposals. Its earnings before interest, taxes and amortisation margin was 11.4 percent, compared with 11.1 percent in 2018.