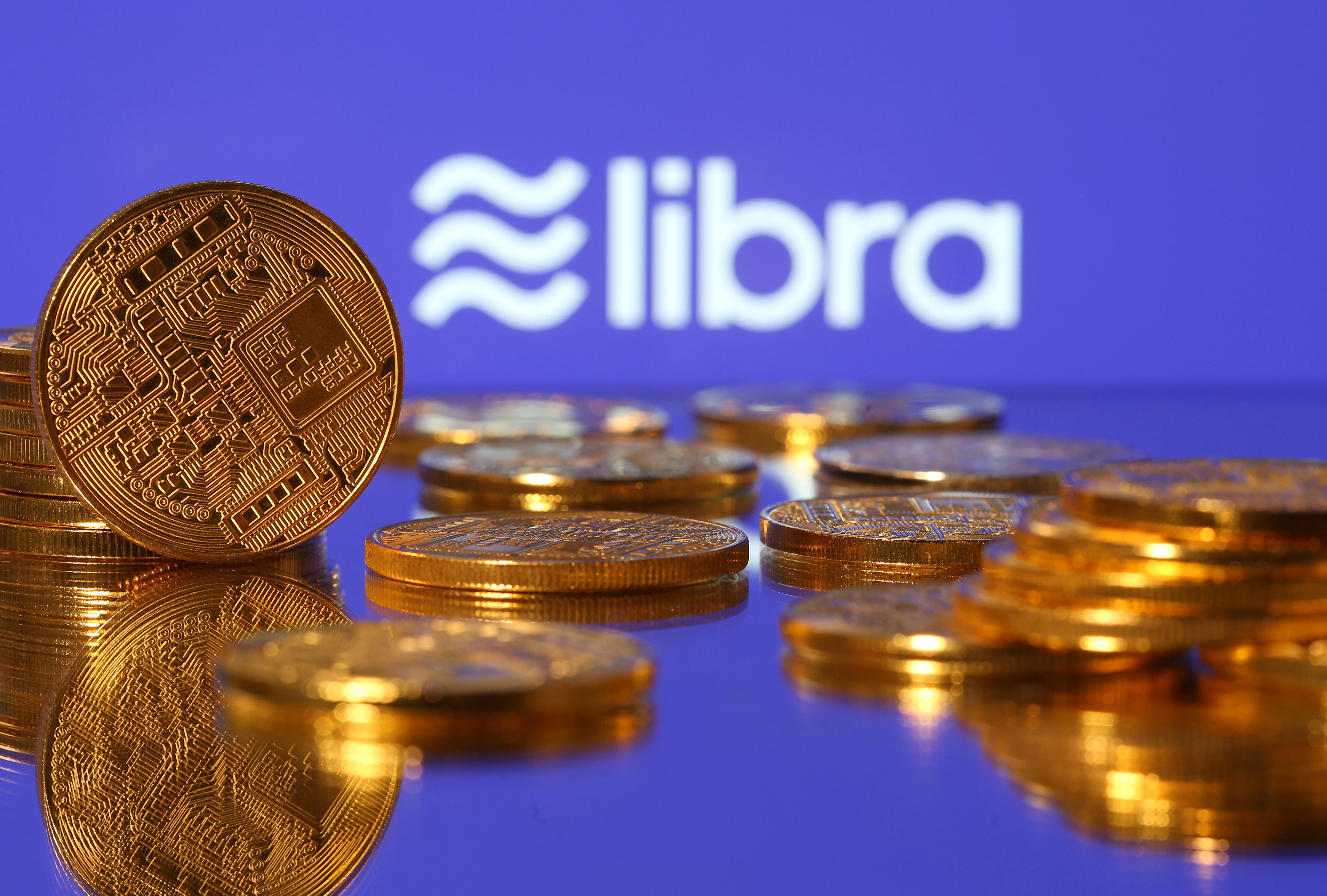 Facebook can shrug off a $5 bln fine over privacy but the U.S. Treasury is questioning its crypto-coin plan. It also faces, with others, an antitrust grilling in Congress. Big tech doesn’t want a Wall St-like straitjacket, but growth will suffer without clear rules of the road.

Representations of virtual currency are displayed in front of the Libra logo in this illustration picture, June 21, 2019.

The U.S. Treasury has “serious concerns” that Facebook’s planned cryptocurrency, Libra, could be misused by money launderers, Secretary Steven Mnuchin said on July 15. He said his department has been very clear to Facebook and other providers of digital financial services “that they must implement the same anti-money laundering safeguards in countering the financing of terrorism as traditional financial institutions.”

The banking committees in the U.S. Senate and U.S. House of Representatives will hold hearings on Facebook’s proposed crypto coin on July 16 and 17, respectively. Another House hearing on July 16, held by the antitrust subcommittee, will focus on online platforms and market power. Executives from Amazon, Apple, Facebook and Google are expected to testify.

Separately, Reuters reported on July 12 that the U.S. Federal Trade Commission approved a $5 billion fine for Facebook, which is accused of inappropriately sharing the data of 87 million users with now-defunct British consulting firm Cambridge Analytica. The Justice Department has to approve the settlement, which could also include other restrictions for the company.