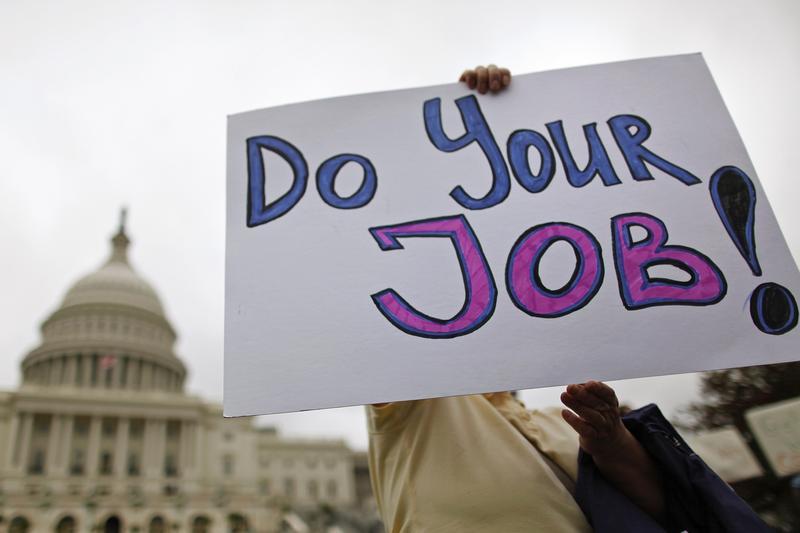 Silicon Valley is storming into the Washington data void. Startup venture Premise is reporting a U.S. inflation gauge, helping to fill a gap left by the government shutdown. The firm uses modern technology to gather more prices more frequently than the official consumer price figures. Once hooked on Big Data, economists may find there’s no going back.

Traders, investors and other macro crunchers normally would be keeping an eye out on Wednesday morning for the September CPI bulletin. As it happens, though, the U.S. Bureau of Labor Statistics is on hiatus while Congress and President Barack Obama spar over the budget. Instead, price watchers will have Premise claiming a 0.2 percent rise in the cost of American food staples in September – and a continuing rise so far in October.

CPI is broader, but Premise provides more current information. The BLS dispatches staff to retailers and other establishments on a monthly basis. Premise uses computers to track up-to-the-minute online prices and combines the information with thousands of daily photos submitted by paid smartphone users. In food, where Premise is focused, its index is based on 240,000 product prices against 5,000 in the CPI.

The real-time nature of Premise’s data – not to mention the added attraction that it is culling comparable prices for 29 cities around the world – makes it different. In June, for example, Premise says it spotted a noticeable rise in the prices of onions, an important staple in Indian diets, in the streets of Mumbai and Chennai. By the time policymakers noticed and responded weeks later, food inflation had already soared and the rupee had weakened.

The firm reckons stockpiles of snapshots from shops around the world may themselves prove valuable if, say, they reveal a shortage of supply of certain products when shelves are consistently found to be half empty.

Of course, Premise isn’t alone trying to find new value in the oceans of data now accessible online. In another example, Monsanto agreed earlier this month to pay over $900 million for Climate, a firm started in 2007 by former Google engineers to aggregate information on weather and create a self-service insurance market that didn’t exist before. As firms extract useful trends, governments may find their own measurements become obsolete. It may take a while for the likes of Premise to build credibility, but a federal closure that enforces official silence can only accelerate that process.

Federal workers demonstrate for an end to the U.S. government shutdown on the west front of the U.S. Capitol in Washington, October 13, 2013.

The co-founder of San Francisco-based Premise said in an Oct. 14 blog post that the firm was introducing its first three commercial applications - a global inflation monitor, industry price intelligence and a food security tracker.

“We founded Premise in 2012 because existing mechanisms of econometric data gathering are insufficient to meet the policy, trading, relief or business strategy challenges posed by an era of unprecedented economic and social volatility,” Premise Chief Executive David Soloff wrote.
He said Premise captures between 40,000 and 50,000 discrete data points every hour.

The U.S. Bureau of Labor Statistics was scheduled to report the September Consumer Price Index at 8:30 a.m. on Oct. 16. The agency says its website is not being updated because of the federal government shutdown. “During the shutdown period BLS will not collect data, issue reports, or respond to public inquiries,” according to the site.