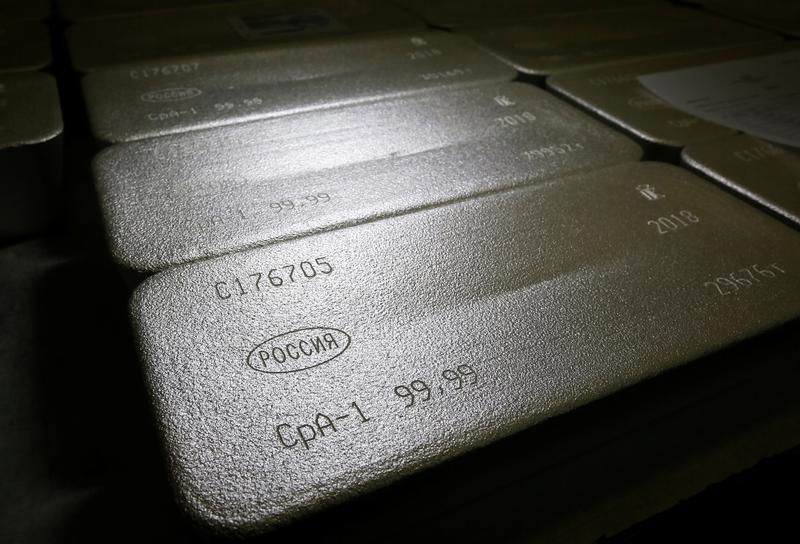 Gold may glimmer but silver is sparklier. The price of the white metal has so far this year risen even more than that of its yellow cousin, which is itself one of the best performing assets of 2020. The silver rally may have further to run for two reasons – one pandemic-related, and the other political.

The price of an ounce of silver on Thursday rose to $23.24, the highest in nearly seven years and up 30% in the year to date. Those gains have seen a turnaround in a closely-watched measure: how many ounces of silver can be bought with one of gold. This ratio hit a record high above 120 in mid-March, when market dislocations were rife, but has now fallen back to around 83.

Both metals have won fans as central banks have adopted increasingly unorthodox monetary policies. Growth in silver-backed exchange-traded products in the first half of 2020 outstripped the record high annual inflow that was seen in 2009, according to The Silver Institute, an industry association. But silver underperforms gold during economic slowdowns, because about 80% of consumption is driven by industrial usage and 20% by investors. For gold the proportions are reversed, Bank of America analysts say. If economies emerge from Covid-19 recessions, silver will do well.

Another reason to be optimistic about the white metal’s prospects is that a global drive to reduce carbon emissions will help a commodity that is used to make solar panels. True, producers of these panels have become more efficient and it might take a significant increase in demand for solar panels to generate more demand for silver. That could be on the cards if Joe Biden is elected U.S. president in November.

Biden on July 14 unveiled a plan to spend $2 trillion over four years on sustainable-infrastructure and clean-energy initiatives and promised to reduce carbon emissions from electrical power to zero in 15 years. Investors might not yet be pricing that in – and Biden isn’t even the official Democratic contender yet. If it looks like the biggest economy in the world might set itself ambitious climate goals, though, silver ought to become even more lustrous.

Ingots of 99.99 percent pure silver are seen at the Krastsvetmet non-ferrous metals plant, one of the world's largest producers in the precious metals industry, in the Siberian city of Krasnoyarsk, Russia November 22, 2018.