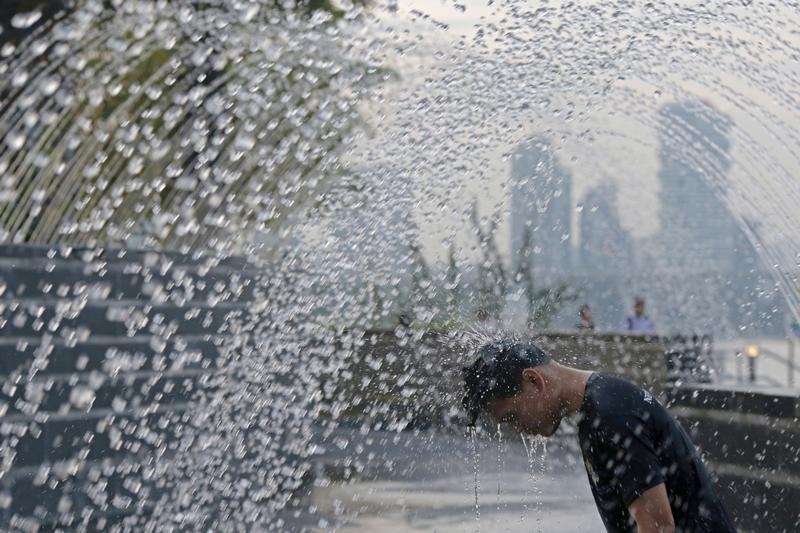 Singapore could use a fresh approach to water. An early focus on H2O management helped the city-state achieve economic success, and lessened its reliance on foreign sources. But water independence could become a distracting pipe dream.

After an acrimonious split from Malaysia, it made sense for Singapore’s leaders to lessen their near-total dependence on flows from the northern neighbour’s rivers, even if these were regulated by treaties.

So the Lion State learned to make a little go a long way. GDP per cubic metre of freshwater hit $1,065 in 2013, more than 35 times higher than the United States, the World Bank says. It helps that there is very little farming – leaving more for homes and thirsty factories.

And Singapore has also engineered some ingenious ways to top up reserves. The country has converted much of its limited land into a giant rainwater catchment. Treated seawater and recycled wastewater, which it calls NEWater, can now provide around half of supply if needed. Little is wasted: pipe leakage rates, below 5 percent, are among the lowest in the world.

Malaysia still provides a significant chunk of Singapore’s water supplies, but the final treaty will expire in 2061 and the Singaporean government does not plan to renew it. Instead, it wants to pump up desalinated and recycled stocks to satisfy as much as four-fifths of total consumption.

That will be no mean feat. Singapore’s current population of 5 million could jump by a third in the next 15 years, according to official estimates. It might even double by 2100, says the former chief planner.

Creating enough water and energy may be possible, and there are plans to boost efficiency. Technological advances could make water independence more affordable over time.

But beyond a certain point the costs, both financial and environmental, of pursuing self-sufficiency will outweigh the benefits. In a connected world autarky – be it for food, energy, or water – is an expensive strategy. The state might do better to encourage home-grown water companies like Hyflux and Keppel to profitably export more knowhow. As droughts wreak havoc from China to Brazil to the United States, their expertise is needed.

A youth cools himself off at a water fountain near Marina Bay in Singapore July 27, 2015. Picture taken July 31, 2015. REUTERS/Edgar Su

Vivian Balakrishnan, Singapore’s environment minister, on July 16 reiterated the country’s commitment to achieving water independence by 2061. “Water has always been an existential issue for Singapore. It has been a key vulnerability for us”, he said in a speech.

Balakrishnan said Singapore could eventually stop importing energy for desalination and waste-water treatment. First, he wants to halve such energy imports over 10 years.

Treated seawater and recycled waste-water, known as NEWater, satisfies about half of Singapore’s water needs, the Public Utilities Board (PUB) says. By 2060, the figure could rise to around 80 percent, according to PUB. The rest comes from natural water sources and imports.

Singapore produced $1,065 of GDP for every cubic metre of fresh water it withdrew in 2013, according to the World Bank data, which uses constant 2005 dollar figures. It is by far the leader on this measure of water productivity. The equivalent figure was $30 for the United States and $9 for China.